Call Us by Our Name: Stop Using "Afrobeats" 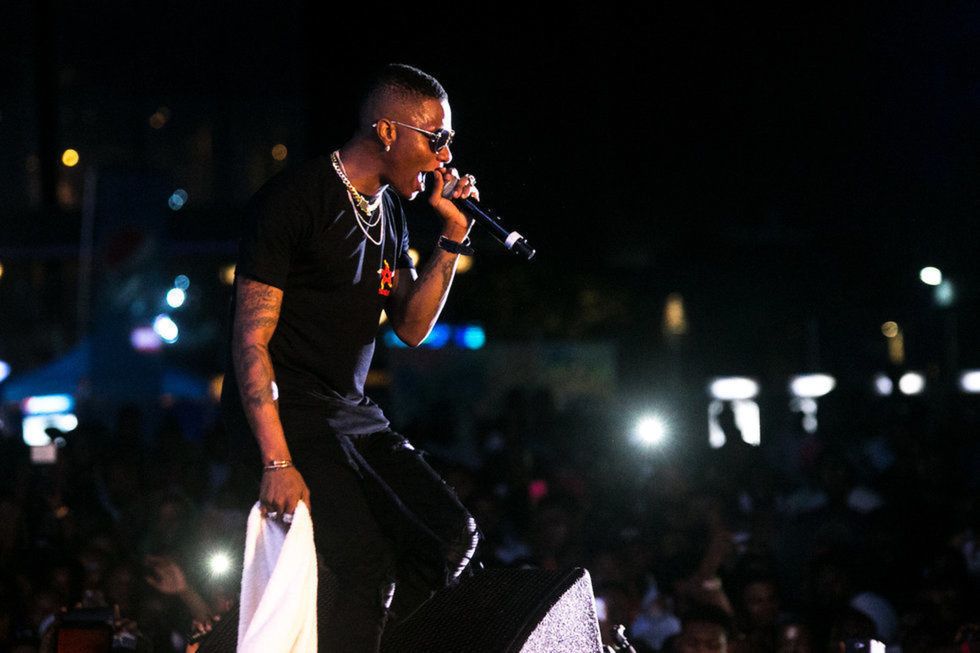 Op-Ed: To retain ownership of our culture we must insist on labelling popular African music correctly

To name something is to claim ownership. And with the Western music industry's long tradition of appropriation, ownership of Africa's latest export is something Africans on the continent cannot risk losing.

Currently, "Afrobeats" is used as a catch-all term for all popular music emerging from the African continent. The "Rise of Afrobeats" as numerous publications have coined the movement, has been marked by high profile features beginning with Wizkid on "One Dance," followed by a flurry of big record label signings stateside and more recently, interest from streaming giant Spotify, in the form of its recently announced Afro Hub section.

At last summer's BET Awards, Davido took to the stage to receive an award for Best International Act, beating out U.K. artists Stormzy and J Hus. After years of boycotting by past African winners, who were subjected to receiving BET awards backstage and in one instance even sharing an award, Davido's televised acceptance speech served as confirmation that African pop music was here to stay. But as the infectious music and vibrant artists behind it continue to gain global visibility, it is critical that Africans on the continent take the reins in steering its narrative. This begins by abandoning the "Afrobeats" label and appropriately naming the vastly different musical genres it refers to.

Afrobeats (with an "s"), should not to be confused with Afrobeat—a genre birthed by Nigerian music and cultural icon Fela Anikulapo Kuti. His international renown set the precedent for global success among young Nigerian acts. Afrobeat as intended by Fela, is a fusion of highlife and juju music infused with jazz and funk rhythms. For the revolutionary musician, performing was a spiritual experience and his infamous Lagos clubhouse The Shrine, served as the sanctuary where he carried out his weekly ritual. Politically driven and steeped in messages about Pan-Africanism, his 1975 track "Zombie" is Afrobeat in its purest form.

Afrobeats, as it currently exists, has little to do with the sounds conjured up at The Shrine decades ago nor does it align itself with the live music tradition continued today by Fela's sons and renowned musicians in their own right, Femi and Seun Kuti. For these reasons alone, it is a misnomer.

The Afrobeats label was created in the late 2000s in an attempt to commoditize a burgeoning UK club scene among children of African immigrants—largely from countries like Nigeria and Ghana. As the internet age fueled connections between Africans on the continent and those in the diaspora, DJ's noticed a growing demand for West African pop music and filled this void with parties and radio shows dubbed "Afrobeats Nights." UK media having caught on to the music shifting nightlife among young Black Brits, started covering Nigerian stars like 2Face, D'Banj and P-Square, also describing their sound as "Afrobeats."

In an interview with South African rapper Cassper Nyovest, on New York radio show The Breakfast Club, D.J. Envy laments that people "don't know how big afrobeats is," prompting Nyovest to retort that he is a hip-hop act and doesn't make Afrobeats. The exchange though brief, is indicative of how African pop music since gaining traction in Western markets, has struggled to receive nuanced treatment from its media and music platforms.

Much of this conflict is a direct result of the "Afrobeats" name itself. The label reeks of a desire to package African culture in a format that is digestible and thus, sellable to Western audiences. It is no accident that it wasn't coined in the clubs of Lagos Island or on the streets of Festac. "Afrobeats" encourages and fits neatly into a familiar but false narrative about Africa—the vast monolithic land where everyone speaks the same language, shares the same culture and beats the same drum..

This new "Scramble for Africa," and the cultural flattening that accompanies it is reflected in news coverage of the continent and in Hollywood productions where a Kenyan character might speak with a strange South African accent. So even if Nyovest has never stepped foot in Lagos and only ever released hip-hop music, he is more likely to be associated with a Davido than he is a J. Cole.

The tendency to treat Africa as a monolith is even more striking when compared to K-Pop. Artists like Psy, the 2012 viral sensation behind "Gagnam Style" and boyband BTS who recently graced the U.S. Billboard 200, have managed to achieve mainstream American success while being credited directly to South Korea. Articles on K-Pop's ascendance in the global music space make no reference to Japanese J-pop or Chinese C-pop. Instead, the different genres are given their due respect and space to flourish independently.

Surely, the members of Major Lazer who have spent time touring Africa and working with African musicians, recognize the differences between these two musical styles. Yet Major Lazer falls prey to the same marketing forces that flatten a myriad of musical cultures with the same generic label. As a result, their primarily American fanbase will be introduced to gqom sounds under the label of Afrobeats—a disservice to a style of music with its own riveting history in the townships of Durban.

The UK has NO input in Afrobeats! Who cares about numbers/BURNA BOY tells it as it is #THEBEATACCESSyoutu.be

Due in part to a backlash from Fela purists, alternative labels like "afropop" or "afrofusion" are sporadically offered as a replacement for Afrobeats. One of the loudest voices in this push has been Burna Boy, bad boy of the Nigerian music industry and grandson of Fela's first manager. Burna Boy whose 2018 "Ye" was dubbed the new national anthem by Nigerian Twitter, refuses to refer to his music as Afrobeats. "It's really sentimental for me, my family is involved, when you say Afrobeats, I know what Afrobeats is, Afrobeats is not what you're hearing today, it's not that," he explained to a UK media personality during a press run for the UK leg of his Life on the Outside tour.

These replacement names have yet to stick and even more troubling, the ever-present "afro-" prefix still follows the tradition of portraying Africa in monolithic terms. A much simpler and respectful solution, is to refer to what is currently known as Afrobeats as pop music from a specific country (i.e. Ghanaian Pop Music) and to other established musical styles by their local names—"highlife," "fuji," "gqom," "bongo flava" and so forth, equipping new listeners with the right vocabulary to experience the varying cultures.

In the rat race for crossover success, Africa's biggest pop stars and their backers have been preoccupied with creating a palatable brand for US and UK consumers while losing sight of the long game—retaining ownership of culture. For African pop music to command the level of respect that is reflective of its influence, artists must divorce themselves from the idea that crossing over to Western markets is the highest privilege.

"Afrobeats" centers western audiences in the very language used to describe the soundtrack to the lives of university kids partying on the beaches of Accra and the Lagos workers who set out at 5am to beat traffic. This is simply unfair. African art and by extension Black art should be allowed to exist without the constant burden of performance under a Western gaze.