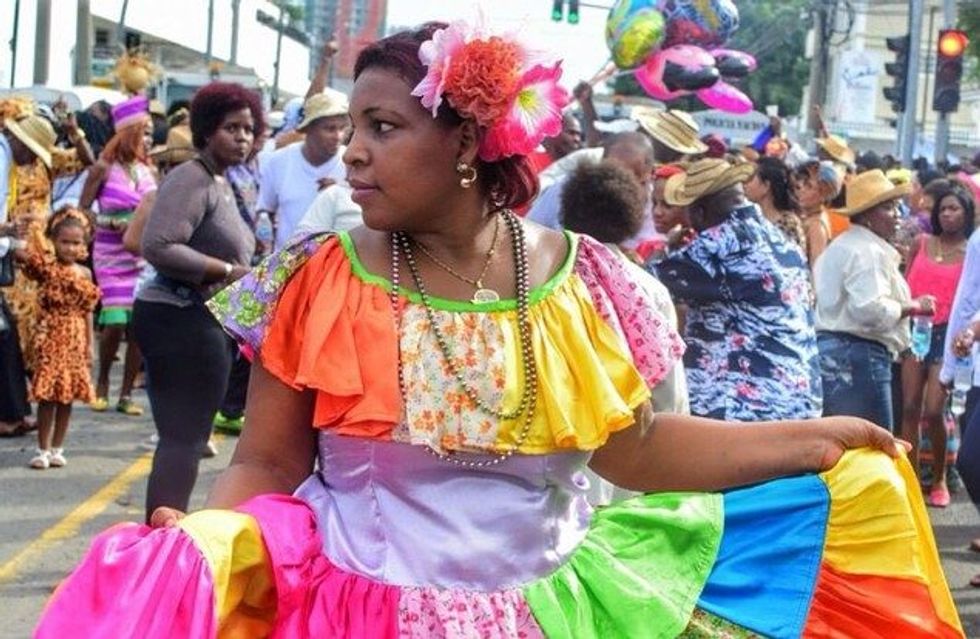 If you’ve ever ventured to Latin America and found yourself at a loss for how to discover African history while there, there’s now a travel collective ready to guide you.

AfroLatin@ Travel isn’t a conventional travel agency—there’s no booking of flights and Airbnb pads or promoting of travel glitches. Instead, the group curates trips to Latin America, which has 150 million Afro-Latin@s comprising more than one-third of its population, according to its site, and the Caribbean. It bills itself as, “the premier travel and culture resource of the African diaspora in the Americas.”

Can you tell we had an amazing time at the Partagas Cigar factory in Havana on our #AfroCuba Tour over Memorial Day Weekend. We turned out the the entire factory! #AfroLatinoTravel #Tobaco #blacktravel #travelnoire

“Cuba is not African-influenced. Its core root is Africa,” Harris, who is Panamanian-American and has traveled there four times already, told USA TODAY. “I was absolutely floored by how the African and Afro-descendant connections have held so strongly in day-to-day life.”

And that’s exactly the understanding AfroLatin@ Travel seeks to impart to fellow explorers with recommendations such as Callejo de Hamel, Havana’s Afro-Cuban center, or museum Asociación Cultural Yoruba de Cuba  where visitors can learn about the Santería religion, which has ties to Yoruba mythology.

Partnering with travel groups like Miss Rizos in the Dominican Republic, Proyecto Iwa Pele in Peru and DIAFAR in Argentina, AfroLatin@ Travel can suggest African-rooted sightseeing in locales: Mexico, Brazil, Panama and Colombia.

The collective has a busy summer ahead with trips planned to Veracruz and Guerrero, Mexico as well as Panama and Colombia’s Black Coast and then to Cuba, again.

ALT team member, Lamar enjoying the Etnia Negra festivities in Rio Abajo with her mother, Gloria Karamanites. Río Abajo was historically settled by AfroCaribbean workers and this heritage is kept alive through food, language and spirituality. Ms. Karamanites made history of her own, becoming the first Ms. Panamá that was of obvious and identified Afrodescent. She hails from the majority AfroPanamanian provincia of Colón. #afropanama #panama #afrolatinotravel #C3 #colon

Javier has decided to let us in on his favorite fish spots in Panamá City. Just in time for summer too! Stay tuned! #panama #afropanama #afrolatinotravel #foodporn