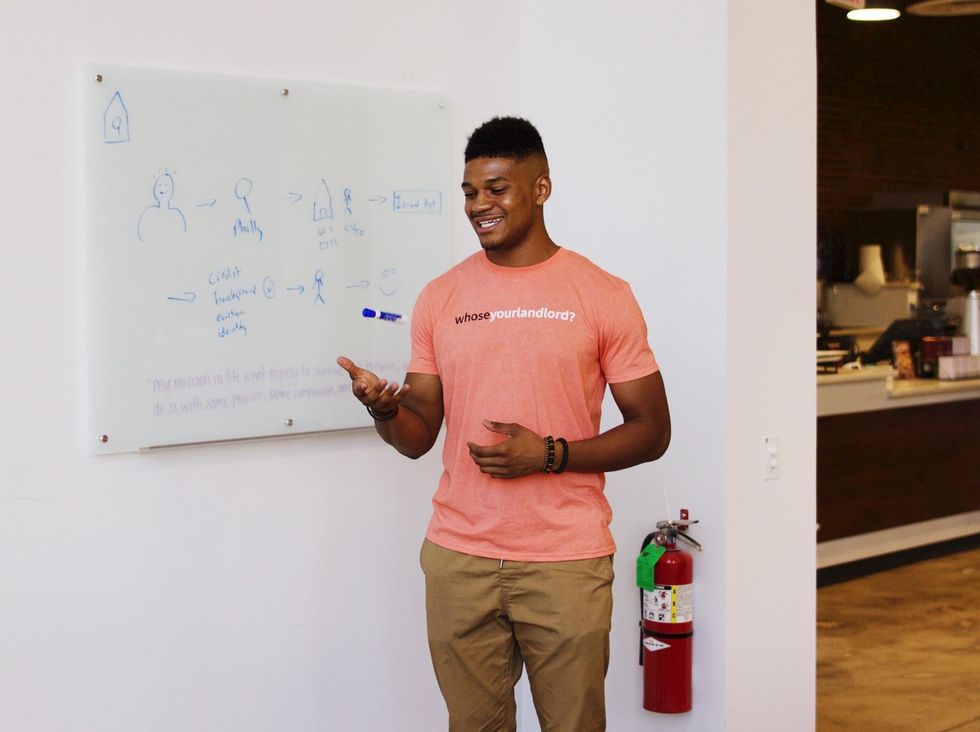 For most students and young professionals, first apartments are a painful rite of passage. The lessons often start after the first week: a sputtering air conditioner or the sinking realization that mice are noisy roommates. While not all landlords are exploitative, the fierce competition for housing in America’s largest cities puts young tenants at a disadvantage.

When Ofo Ezeugwu, co-founder and CEO of Whose Your Landlord, ran for Vice President of Temple University’s Student Body, he found that quality off-campus housing options were one of  the students’ chief concerns. “The lack of transparency in the American housing market makes it difficult to find a decent place to live,” he explains. “I thought, ‘what if there was a way to review your landlords so that you knew what to expect before signing the lease?’ The idea resonated with Temple students, and we ran with it as part of our campaign platform. After testing the idea at Temple, we expanded from there.”

Since launching in 2013, Whose Your Landlord has amassed 175,000 users—and counting. The platform’s monthly user growth averages around 30 percent. Although rentals are listed in over 175 American cities, the vast majority of the site’s listings are in Philadelphia or New York, where Ezeugwu and his team are based. Prospective renters can scroll through listings reviewed by other users while landlords have the opportunity to list their own properties and respond to reviews.

Launching your own business at 22 isn’t easy, but Ezeugwu, whose parents come from Nigeria and Barbados, has never been afraid of a risk. He attributes his drive and bent for entrepreneurship to them. “As immigrants, I think to some degree they’ve always had an entrepreneurial spirit because they came to a country they didn’t know, on the promise of a dream to create a better life. That is the definition of entrepreneurship: embracing risk in the name of something better,” he says. That something better is improving the quality of life for Whose Your Landlord users, a network primarily made up of millennials.

The start-up founder also sees his work as addressing the affordable housing crisis facing large cities like New York and San Francisco. Over the last decade, average rents in New York have climbed 15 percent while the income of renters has increased only 2 percent. In San Francisco, the average price for a one-bedroom approaches $3,000 per month. For students and low-income tenants searching for affordable options, sinking a security deposit into an apartment with an unscrupulous landlord comes with a big risk. In Ezeugwu’s eyes, “the faster we can generate data around landlords, the better it is for communities, and the easier for local governments to hold home providers accountable.”

Whose Your Landlord recently partnered with the Public Advocate for the City of New York to expand its network of landlord associations and tenant associations. A collaboration with Pennsylvania state schools is also in the works. Through strengthening and facilitating a feedback loop between government, renters, and landlords, the company hopes to provide a valuable service while enabling officials to be more proactive in curbing landlord abuse.

Accessing funding in an industry where 87 percent of venture capital-backed founders are white hasn’t been easy. But with the support of fellow co-founders Felix Addison, a childhood friend, and Nick Korabiln, Ezeugwu raised $25,000 from family and friends. In their three years of operation, the team has also won over $20,000 from an impressive slate of competitions including the Kapor Center and NewMe Pitch Competitions.

Leveraging the help of its growing user network, Whose Your Landlord primarily generates revenue from sponsorships from companies like Allstate and Dow’s Furniture in a bid to provide real-world value for customers beyond the platform. Soon, Ezeugwu says, the website will follow the Google model by charging for paid placement.

Even as the company gradually expands, Ezeugwu stresses that the Whose Your Landlord is already disrupting the rental industry for good. “We’re providing data that enables us to reduce power asymmetries that put renters at a disadvantage, especially in high-demand markets. We’re giving renters ownership of their situation by putting housing in their hands.”

The mildew-and-mold-free users of the service will no doubt thank him for it.