Ahmed Kathrada, Champion of the South African Freedom Struggle, Has Passed Away 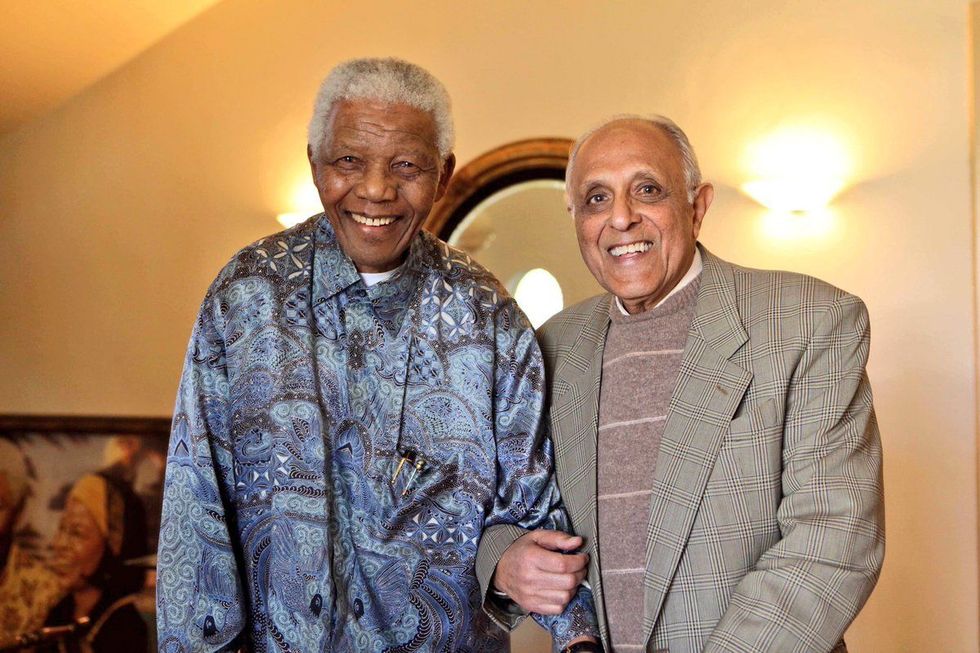 South African anti-apartheid revolutionary,Ahmed Kathadra, has passed away at the age of 87.

Ahmed Kathrada, champion of the South African freedom struggle has passed away at the age of 87.

Earlier this morning, The Ahmed Kathrada Foundation announced that "Kathrada passed away peacefully after a short period of illness, following surgery to the brain."

“This is great loss to the ANC, the broader liberation movement and South Africa as a whole. Internationally, he was staunch in his support for the Palestinian struggle. ‘Kathy’ was an inspiration to millions in different parts of the world,” said Neeshan Balton, the foundation's director.

Kathrada was charged with treason alongside Nelson Mandela during the Rivonia Trial of 1963 and 1964. He was sentenced to life in prison and served 18 years at Robben Island before joining Mandela at Pollsmoor Prison in 1982. He served a total of 26 years and three months in prison before being released.

Kathadra remained dedicated to the anti-apartheid struggle upon his release. He served as the parliamentary counsellor to President Mandela in the first African National Congress (ANC) from 1994 to 1999.

“Comrade Kathy was a gentle, humane and humble soul. He was a determined revolutionary who gave his entire life to the liberation struggle in our country,” said Derek Hanekom, chair of The Ahmed Kathrada Foundation.

“He was a man of remarkable gentleness, modesty and steadfastness,” said former Archbishop Desmond Tutu.

Rest In Peace Ahmed Kathrada. The other struggle giants are waiting to embrace you. "Well done good and faithful servant." pic.twitter.com/gdIZXb2pfw

The hardest thing to open is a closed mind - Ahmed Kathrada pic.twitter.com/p0YQTFATUh

Ahmed Kathrada has died. May his soul Rest In Peace. The man finished his race with strength and distinction.