AKA, Anatii and the Gospel of Money & Power 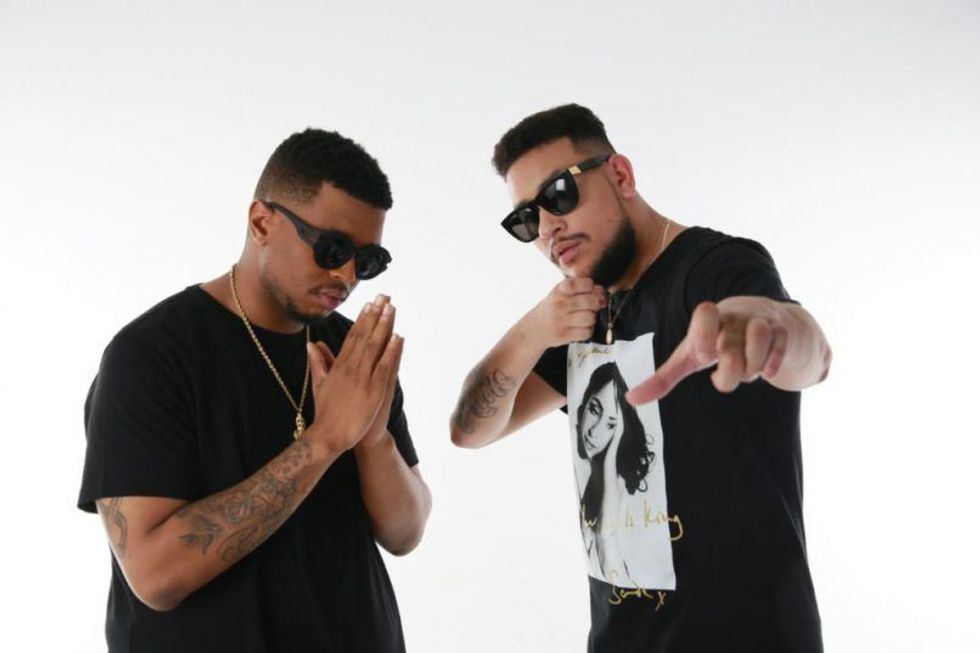 South African rappers Anatii and AKA preach a different gospel on their joint album, 'Be Careful What You Wish For.'

SOUTH AFRICA–AKA and Anatii's recently released joint album Be Careful What You Wish For could have been anything.

The two artists are anomalies—they both rap, sing and produce—and there's no predicting what the album was going to sound like. The four songs, “The Saga," “10 Fingers," “Holy Mountain" and “Don't Forget To Pray, "that had been out gave fans a slight clue: the album, which is only 10 tracks long, would feature a lot of singing alongside rapping.

Looking at the track list, which was revealed two weeks prior to the album's release, gave away one obvious trait—BCWYWF was a gospel album of some sort. AKA is a staunch Kanye West fan, and I was convinced Kanye's last album The Life of Pablo, which had gospel influences, had inspired AKA to take the same route. Or other previous rap albums such as Kendrick Lamar's DAMN. and Chance The Rapper's Coloring Book.

BCWYWF's track list features songs like “Jesus Plug," “Psalm.1000," “Anglez," alongside tracks that had been released such as “Holy Mountain" and “Don't Forget To Pray." All those songs gave the album away as one that's replete with religion and spirituality.

The lyrics on “The Saga," AKA and Anatii's single from 2015, didn't make much mention of God and spirituality, but the finer things the two stars are able to enjoy. The video, however, saw most of Anatii's scenes taking place on the pulpit and the aisle. His scenes intercut with scenes of scantily dressed women having champagne poured over some of them.

Connecting the dots, one could come to the conclusion that there was an insightful story behind the pair's affinity with God. Especially considering that in their solo music, they have shown that they are spiritual men, or at least fetishize the idea of spirituality. For instance, Anatii's debut solo album Artiifact (2016) opened with a gospel-inspired tune “Almighty," in which Anatii sings: “The ascended master has arrived/ Seen the message in the sky/ Feel the vibe, feel the vibe/ All the blessings up inside," taking us to church!

The video to AKA's 2014 smash hit single “Run Jozi (Godly)," also had some scenes shot in a church.

During AKA and Anatii's interview with Ebro Daden on Beats 1 last week, the former admitted this was all coincidental. “While we were working on the album, we realized that there was an element of spirituality," he said. “I think, in a way, God is just trying to tell us something."

He went on to explain what the song “Holy Mountain" is about: “['Holy Mountain'] is about going to a place. In the hook we say 'your altitude is about to change in a minute, we about to take you on a trip,'" he said. “We're just talking about going to a spiritual place, but for us, we are young people, the spiritual place might be the section, you in the corner doing things, standing on the couch and you feeling good. That, for us, is what our music is about. We are about positive vibes."

On the album, the two artists, especially AKA, make a lot of references to God, Jesus, blessings and spirituality. And all these references seem to lead to one point—their money, success and good lives is a result of hard work and being favored by the most high. This is a notion not uncommon in the South African Instagram streets, where the opulent people we follow always attribute their fortune to God. In 2016, this phenomenon led to the term “blessings" morphing into something more than what my pastor defined it as when I was a toddler still being dragged to church (a story for another day).

The term “blesser" in South Africa means a man (or woman) who can provide financially to their mistress, who in this case is labelled a “blessee." AKA's 2016 single “One Time" was a satirical take on the trend, with lines like, “One time for the gold diggers/ One time for the blessers/ One time for the old niggas spending bankroll when you need a lil' extra/ Spare a thought for my broke niggas/ They be feeling that pressure."

Listening to BCWYWF constantly feels like scrolling down my Instagram feed, with those more fortunate than I am flaunting their success and material wealth and hashtagging #Blessed and #GodIsGood on captions of pictures of their fancy cars, Rolexes, overseas holiday destinations, yachts and first class flights.

“We got trophies, gold medal/ As we proceed to God level/ Revenge so sweet/ Now my whole team count their blessings/ Pop level," AKA croons on “Bryanston Drive," the album's opening song, before he spits two of his most solid verses on the album—and there are plenty of those; Anatii is not playing too.

AKA sounds comfortable and seems unbothered by anything in the world—he takes a look back at his humble beginnings, and how he turned the drama that came from his breakup with his baby mama into a hit song. With lofty lines like, “I used to want the title as a freshman/ Now all of my biggest idols are my best friends," and “Lonely when you been at the top for this long," the message is loud and clear—through all his shortcomings, he has won.

Anatii complements his partner in rhyme on “Holy Mountain" when he sings, “We just low-key, can't announce it/ With the angels in the mountains/ Holy water in the fountains/ All the blessings now we counting." He goes on to rap, “If you want blessings, be one," on “Jesus Plug." A blessing he is, as he sings, “Mama used to tell me take off the feet off the couch/ Now they treat me like I'm the man of the house." In short, life is good. And it's all thanks to the almighty.

With song titles like “Bryanston Drive" and “Camps Bay 3," which are both names of affluent suburbs in Johannesburg and Cape Town, BCWYF is a celebration of wealth. It's an interesting shift in South African hip-hop, which, just about 10 years ago, wasn't seeing that much money. That two rappers can talk about the things AKA and Anatii are talking about on the album, and you can believe them, is just great. Depending on, of course, how you look at hip-hop being one of the most popular genres in the country, and artists being able to live comfortably off their craft.

AKA and Anatii are living their best lives, and they couldn't have made any other album, but the one they have out now. Apart from the lyrics, sonically and delivery-wise, BCWYWF is celebratory. With the heavy use of auto-tune and lounge-y production and even flirtations with pop and afrobeat, it's an album designed to be listened to with a room full of friends, popping champagne and toasting to success.

Listen to Be Careful What You Wish For below, or buy it on iTunes.