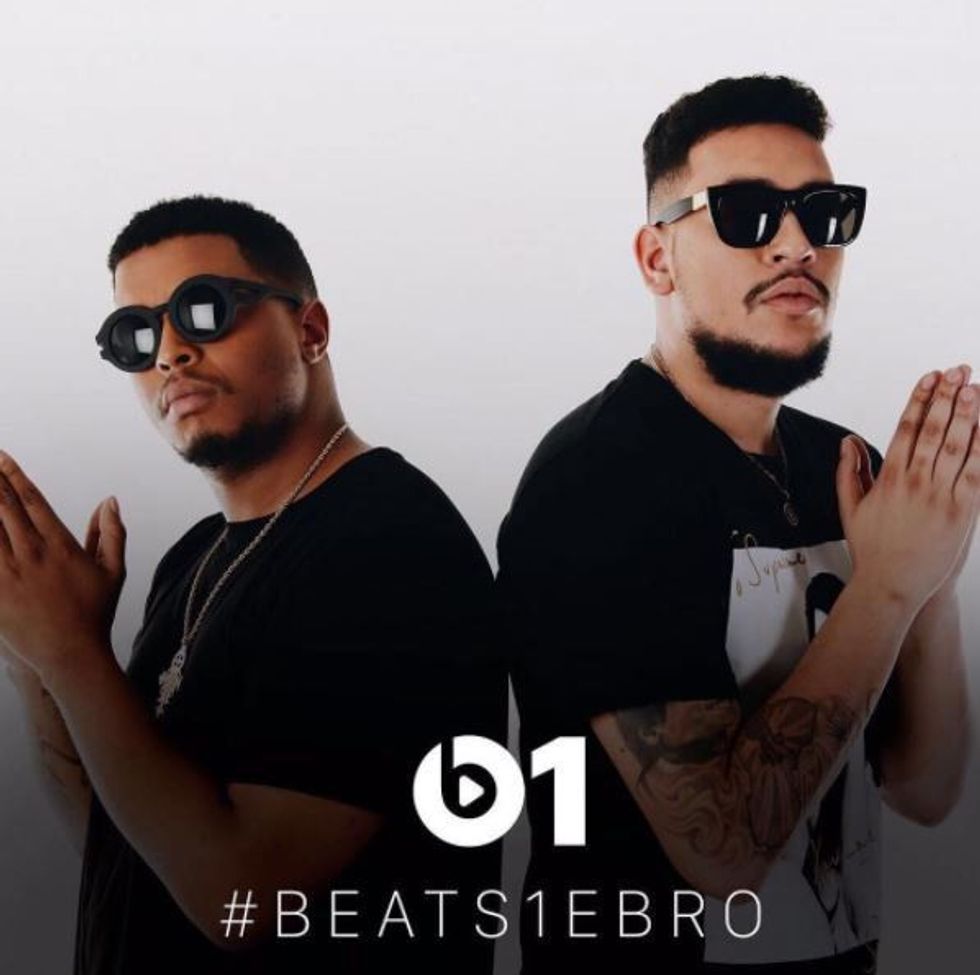 SOUTH AFRICA–South African rappers AKA and Anatii are releasing their collaborative album, Be Careful What You Wish For, this Friday. Earlier today, the two artists spoke to Ebro Daden on his Beats 1 show about the album.

During the interview, a hyped up AKA told Ebro over the phone that BCWYWF was demanded by fans, and the two artists decided to start working on the project when they were both in LA.

“It’s important that we as African artists stick together,” AKA told Ebro, speaking on the two artists’ short feud, which resulted in AKA throwing some jabs at Anatii on his vicious single “Composure.” “There’s so much beef, so much egos... you know it’s hip-hop at the end of the day, and everybody wants to be the best. I just got a point in my life where I became a father, I started growing up a little bit more. It just reached a point where i saw him in the lobby at the BETs and thought why are we still doing this. Let’s get home and give the fans what they want.”

On the phone with @oldmanebro! Catch the repeat of the #BCWYWF exclusive premiere right now on @Beats1! 📲🌍🇿🇦💯™ https://t.co/JLk8BzKIJp pic.twitter.com/KSC5e48IHs

AKA went on to tell Ebro that the two of them weren’t just African artists by virtue of being based in the continent. “We are African artists but at the same time we make music for the world,” the rapper said. “We international artists in our own minds. We just happen to be from South Africa.”

AKA also spoke on the album’s heavy God and spiritual content, which is evident on the singles—“The Saga,” “Don’t Forget To Pray,” and “Holy Mountain”—they have released thus far.

The album’s tracklist is replete with song titles that make reference to God and Christianity such as “Psalm.1000,” “Angelz” and “Jesus Plug.” The rapper revealed this was all coincidental: “While we were working on the album we realized that there was an element of spirituality. I think in a way God is just trying to tell us something.”

Speaking on the song “Holy Mountain,” which was released about two weeks ago, the rapper described what spirituality means for them. “[The song ‘Holy Mountain’] is about going to a place. In the hook we say your altitude is about to change in a minute, we about to take you on a trip,” he said. “We just talking about going to a spiritual place, but for us, we are young people, the spiritual place might be the section, you in the corner doing things, standing on the couch and you feeling good. That, for us, is what our music is about. We are about positive vibes, we come from South Africa and in South Africa, in my humble opinion, we produce legends like AKA and Anatti, Nelson Mandela, Trevor Noah… I mean we gave y’all the Lion King bro.”

Listen to the full interview below and the first three singles from Be Careful What You Wish For, out tomorrow July 28, below.

Listen to the first three singles of BCWYF below.