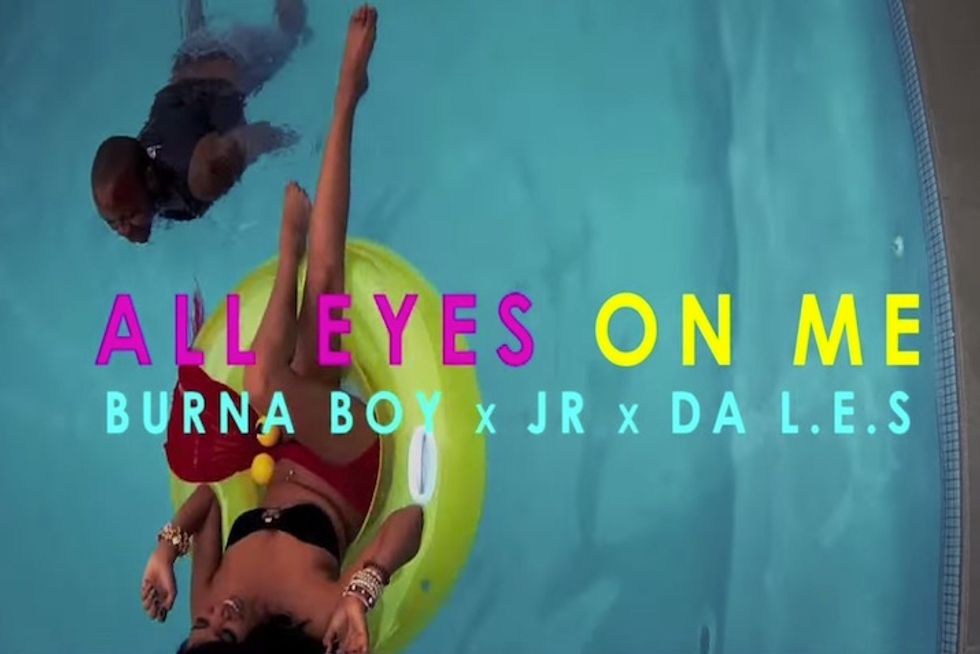 South African rapper AKA releases an official video to his summer jam, "All Eyes on Me," featuring Burna Boy, Da Les, and Jr.

While summer has waved deuces this year for us here in the US, it's only heating up in South Africa, where rapper AKA recently dropped the visuals for his hit "All Eyes on Me." The poolside ready single comes from his sophomore album, LEVELS, and enlists help from the Nigerian Don Gorgon, Burna Boy, motswako wordsmiths Da Les and JR. With South African producer Tweezy on the beat, Da Les, and JR  join AKA on the lyrical front while Burna adds his signature dancehall sound to the hook. Shot in Johannesburg and directed by Young Legend Films, "All Eyes On Me" plays out as an inside look at one of the crew's house parties — taking you from room to room where AKA, Burna Boy, Da Les, and JR greet the lenses with champagne and red party cups. Watch the video below and be on the lookout for a bevy of cameos including members from SA hip-hop collective Cashtime Life. Also, check out our interview with Tweezy, who a few months back spoke about his God Level instrumental beat tape and his favorite tracks off AKA's LEVELS.