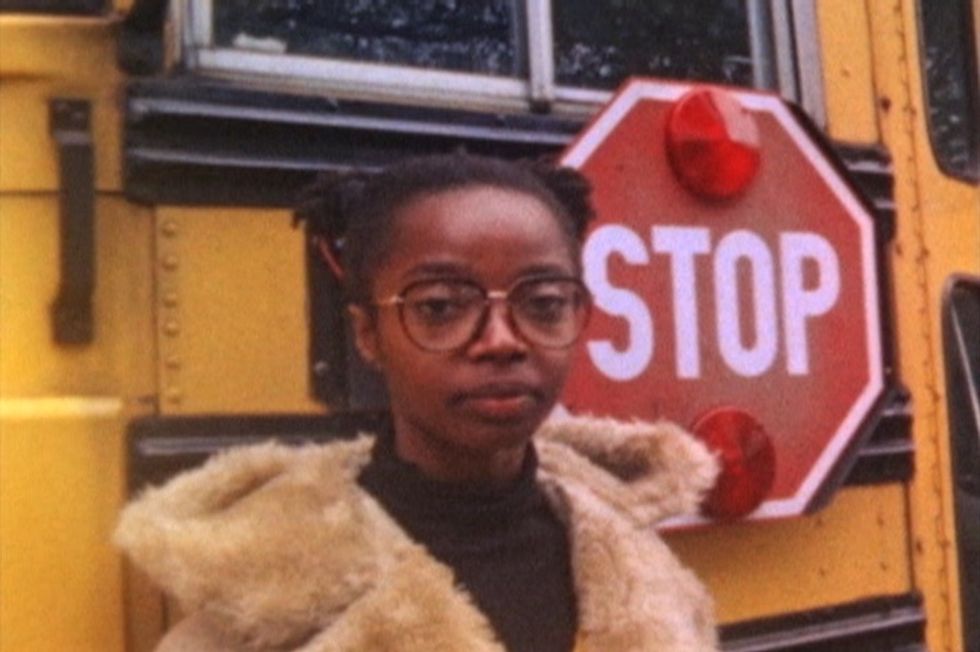 Bus Nut is a new short film from Akosua Adoma Owusu that re-imagines the 1955 Montgomery Bus Boycott from the perspective of a young girl who is obsessed with buses. With this new work, the Ghanaian-American filmmaker shifts her focus away from the themes of African folklore and European colonialism, which she explored in Kwaku Ananse (2013) and Me Broni Ba (2009), to the injustices faced by African-Americans in the Jim Crow South. Running at just over seven minutes, Owusu makes use of an unconventional narrative structure in the experimental project, which stars An African City actress MaameYaa Boafo. The short film features archival footage from a 1980 educational video on public school bus safety spliced with shots of Boafo as the titular "bus nut" reciting snippets of press conference and interview audio given by Parks in the wake of her fearless act.

Bus Nut marks the first collaboration between Boafo and Owusu, who form part of the Ghanaian-American diaspora's new wave of women blazing the trail in film, theater and television. “I thought it was powerful,” Boafo said of the film, “to portray these two individuals - with words from the trial of why an innocent woman had no reason to leave a bus, and footage of a little girl who dreams of always being in one.”

Bus Nut is slated to debut on the film festival circuit later this month, competing for awards at the Oberhausen Film Festival in Germany, and at the 58th San Francisco International Film Festival. Keep up with Owusu and her latest festival run on Facebook.