Alas, Africa Now Has Its Own #SaltBae 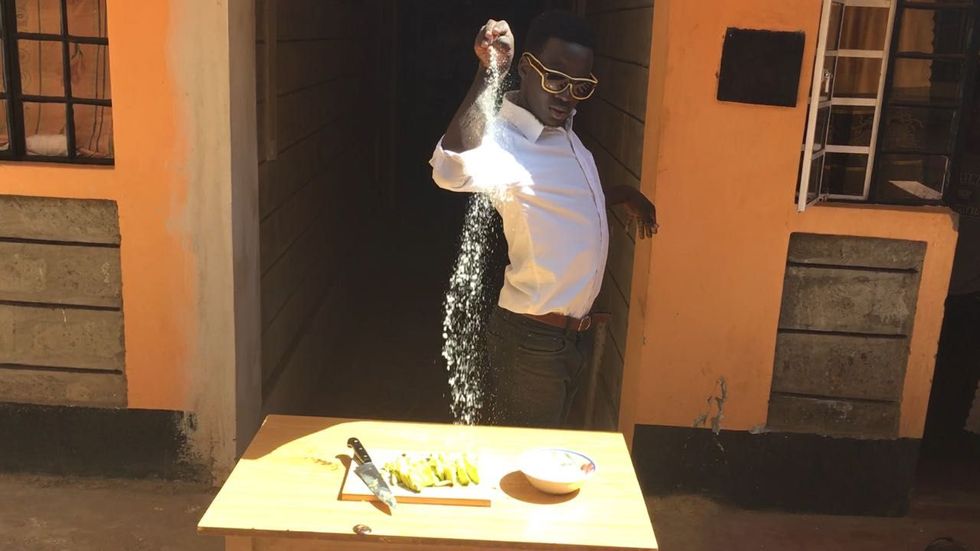 This Kenyan internet comedian takes the #SaltBae trend and gives it an African twist.

Over the past four days or so, the internet has gone wild over Turkish chef and restaurant owner, Nusret Gökçe, as he takes thirst trapping to a whole other level with meat, salt and his killer knife skills.

As you take a look below, you'll ask yourself a couple of times, "What the hell did I just watch?"

But because the Internet, the chef's videos went viral under #SaltBae, and different online communities began to make their own hilarious memes out of his numerous videos—but this one by self-proclaimed "future movie star" from Kenya, Seth Gor, takes the cake.

Not only does he show off how he works an avocado, he makes it known that he's Africa's own #SaltBae.

CHEF_GOR EL VACADO ????? PLEASE SUBSCRIBE TO OUR YOUTUBE CHANNEL "THE VINEYARD SHOW".. Link on bio..we got aloot of awesome skits coming thru!! ????

As you're reading this, the video is spreading like wildfire, and African Twitter can't get enough of this parody:

@Georgesketch the seed into dustbin killed me ???

??HAHAHA but what is wrong with this @seth_gor person ?? pic.twitter.com/lHD3XFQyVr

If you guys don't make the African #saltbae trend you're all going to hell???