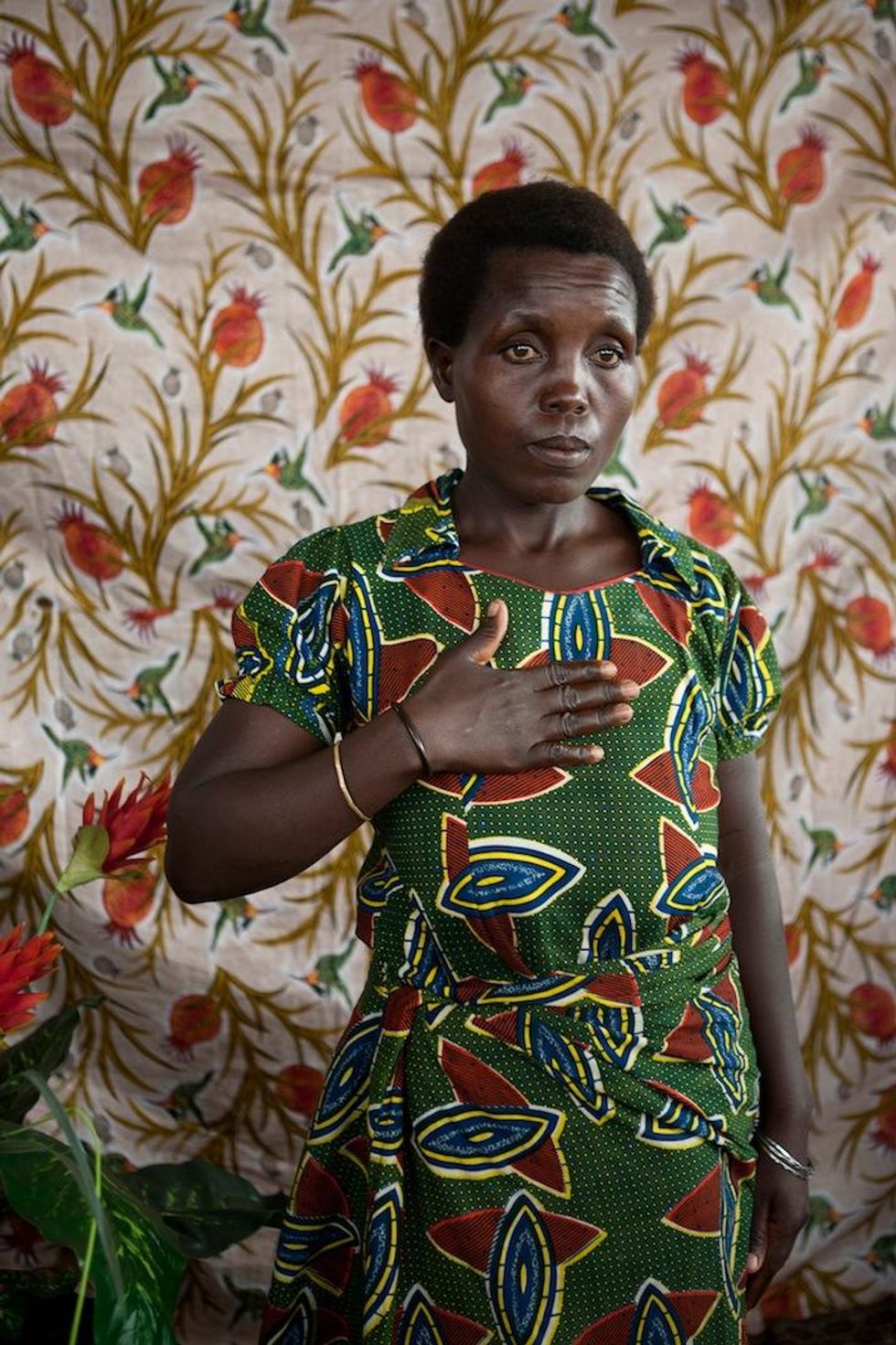 South African photographer Alexia Webster's street studio portraits of women in the DRC, South Africa and Madagascar are on view in NYC.

All images courtesy of the International Center of Photography

South African photographer Alexia Webster is one of ten women exhibiting in Take Ten, a new photo exhibition at the School at ICP (the International Center of Photography) in New York City. Co-curated by ICP alumnus Nancy Borowick and Alison Morley, the exhibit showcases the multi-media of ten female photographers whose work looks at critical issues women and children experience around the world, including sex trafficking, personal identity and beauty standards, and workplace discrimination. "From Jessie Tarbox Beals to Dorothea Lange and Margaret Bourke-White, women demonstrated the tenacity and dedication required to envision and carry out long-form reportage, whether their subject was the Dust Bowl or prison life or war," Morley said in a press release. Webster’s contribution to the exhibition is a series of portraits of women taken in street studios in the Democratic Republic of Congo, South Africa and Madagascar. To create her studios Webster erected domestic props– rugs, a sofa, artificial house plants, and curtains, for example– in a variety of public environments, including a street corner, a refugee camp, and a rock quarry. "Having photographed in a number of refugee camps across the African continent, I believe that it is in these places that my project would have most meaning," the Johannesburg-born photographer said in a statement on Artraker about her refugee camp portraits. "Being spaces of uncertainty and transience, the family object is even more powerful and helps support a sense of identity and belonging where it is needed most.”

Alexia Webster's street studio portraits are on view at Take Ten at the School at ICP through March 15, 2015. For more of Webster's work, follow her via her blog, site, and Instagram.