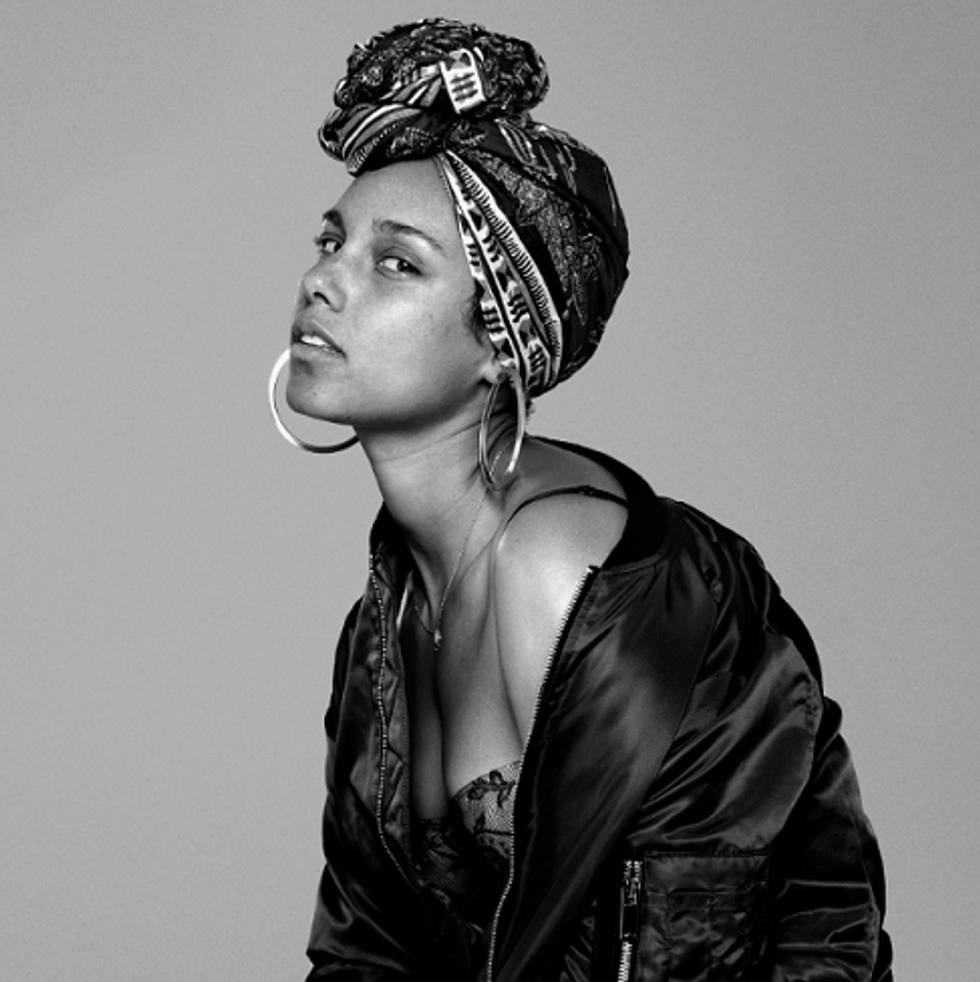 A half-baked case for the 'afrobeats' influences in Alicia Keys' new single "In Common."

Alicia Keys recently came out with her new single “In Common” ahead of her performance on Saturday Night Live.

The track, produced by Illangelo, is a light composition built on shuffling rhythms and a bouncing bassline that has our whole office wondering if “In Common” is basically an ‘afrobeats’ song.

We already know Alicia Keys and husband Swizz Beatz have been listening to their fair share of Nigerian pop lately. Swizz recently collaborated with MC Galaxy and has posted tons of clips of himself and Alicia Keys getting down to Wizkid, Skales, and other Nigerian acts on his Instagram.

They're definitely aware of the ‘afrobeats’ wave and that influence can be felt in the track’s syncopated beat work and some of Alicia Keys’ own vocal cadences.

Maybe it's the single's Toronto-based producer Illangelo, who’s worked with The Weeknd and Drake, who absorbed some of the vibes from “One Dance.”

Or maybe we can just chalk it up as another increasingly common instance of American pop stars taking cues from African and Caribbean rhythms (see: “Work,” "Hotline Bling").

For what it's worth, the press release that accompanied the song actually credits a "Latin inspired rhythm," but I mean, listen to that snare.

The only thing we know for sure is Snoop Dogg’s feeling it: