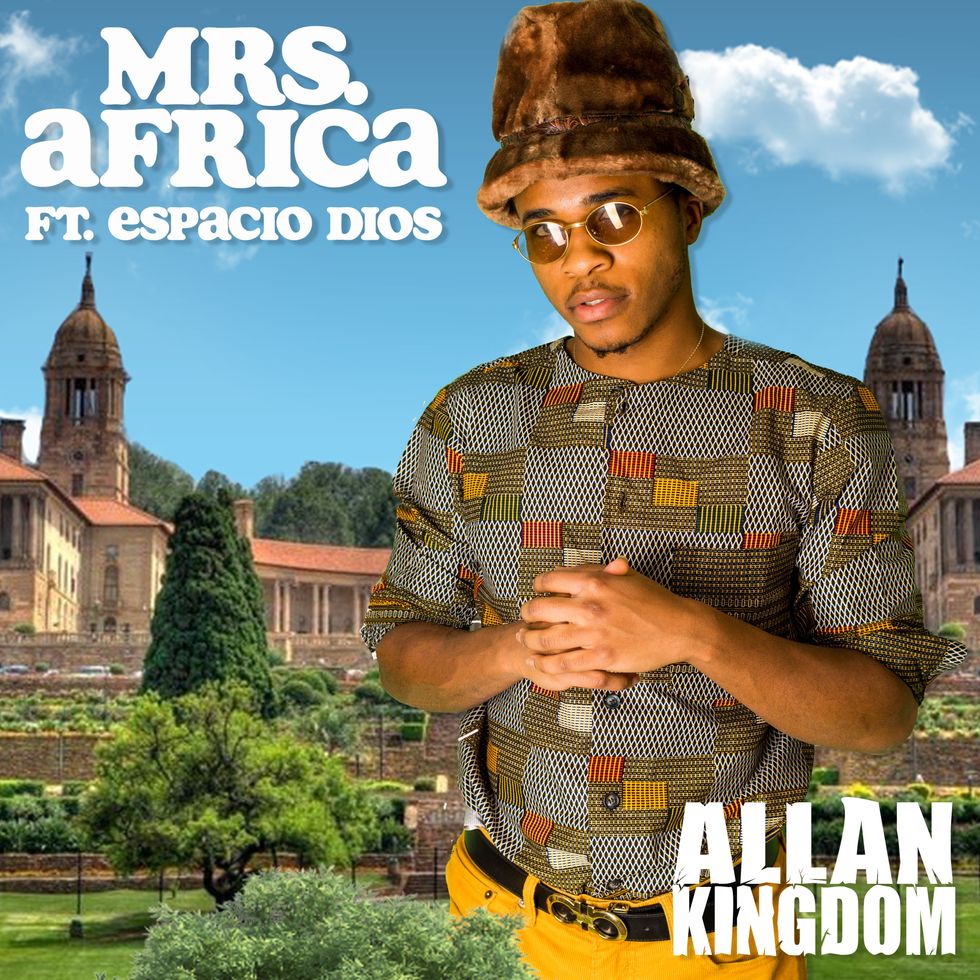 You probably already know Allan Kingdom from his releases like Thestand4rd and Lines. If not, you definitely saw him shining on Kanye West's "All Day" and its incredible live debut performance.

The Minnesota-based rapper and producer of South African and Tanzanian background is now here with his new single "Mrs Africa."

The new music video for "Mrs Africa" plays like a continuation of the aesthetic Kindgom introduced in "Breakfast," his single from earlier this year. In both clips, the rapper presents homemade, DIY-style visuals that nod to the green screen used in African music videos of the '90s and early 2000s.

"'Mrs Africa' was influenced by my background," Allan Kingdom tells OkayAfrica. "It's something that I've always wanted to express. I was raised by my Tanzanian mom and her friends, my first language was Swahili, and I'm finally finding the right way show that in my music. It's a conclusion of my background."

"The earlier stuff I was releasing had more to do with the American version of my sound. Now that I'm older I wanna go back. I feel its important for black people here [in North America] and Africans to have more of a connection. My mom being Tanzanian and my dad being South Africa, I feel like I have a lot of good perspective on that."

In terms of the new video for "Mrs Africa," Kingdom mentions that he's dancing in front of an image of the Union Building in Pretoria. What's he wearing? His designer cousin made that shirt for him in Tanzania a few years ago.

Kindgom also told us how the new song came about: "I met this dope producer while I was in Germany and have been a fan of fellow South African artist Espacio for a while. Thought I'd make a special song dedicated to the most beautiful, powerful, and intelligent women on earth. Yebo!"

Watch the music video for "Mrs Africa" above and stream the full song below.