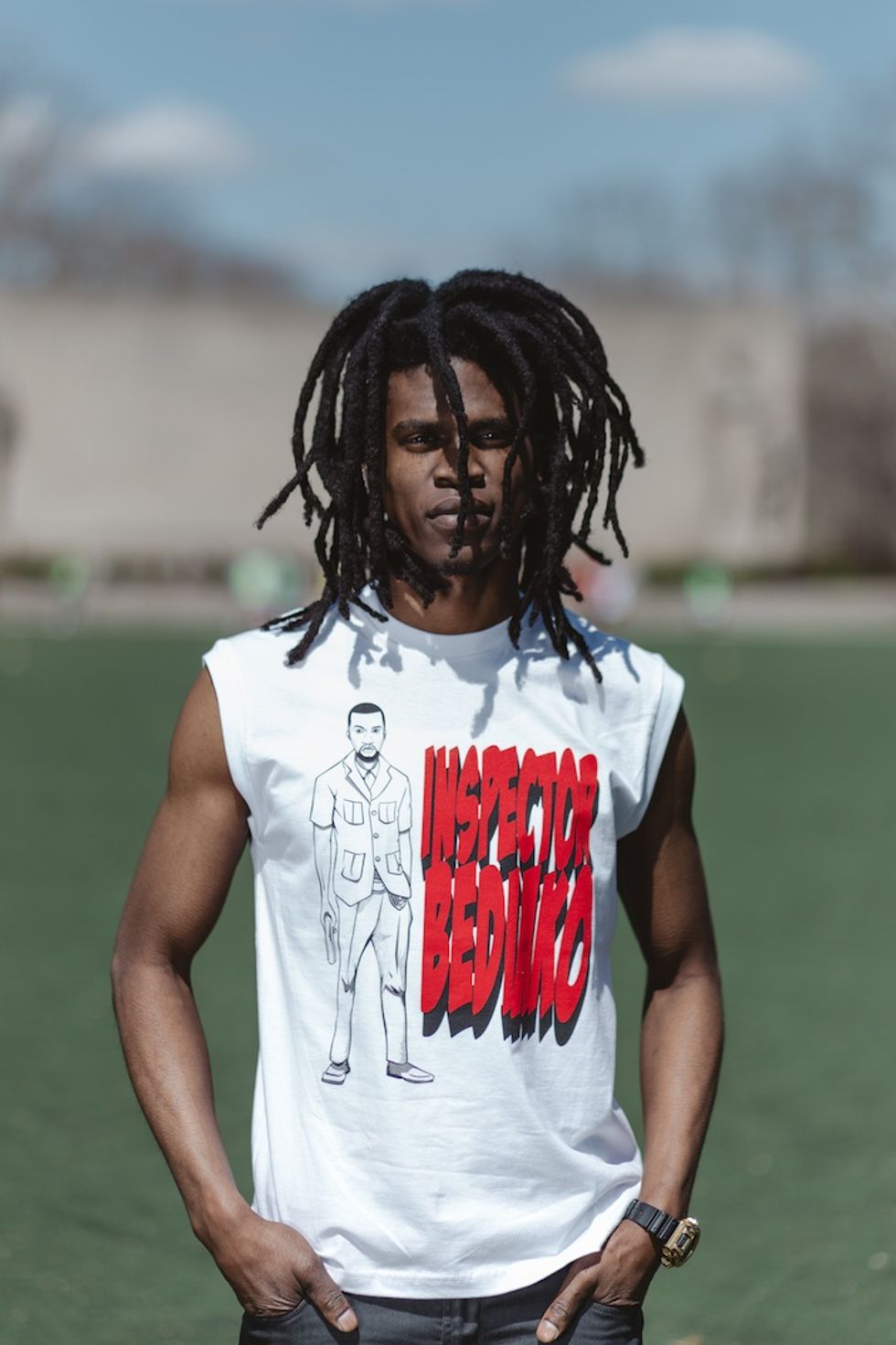 Allen & Fifth is an urban lifestyle brand that says they draw their inspiration from African pop culture with a "western twist." Based between New York and Lagos, the label tells us they see themselves as an intersection for the to cities. "Allen & Fifth represents two distinct cultures, Lagos and New York, both fast paced cities with so much life and energy to tap from," they told us over email. "We like to think, we're where these two worlds meet."

With their latest collection the label pays homage to West African TV shows from the 80s and 90s, including the Nigerian drama Willy Willy and the Ghanaian detective series Inspector Bediako. "[The tees] pay tribute to African entertainment at its best," they told us, "in hopes that this will spark an interest among Africans to curate our rich and growing culture." The label also says their allover print tee represents Nigeria's three major tribes. For their Chale! design they collaborated with Ivory + Ebony. Their Caro tee is a play on Starboy, L.A.X, and Wizkid's song of the same name and the "Coco Made me do it" meme.