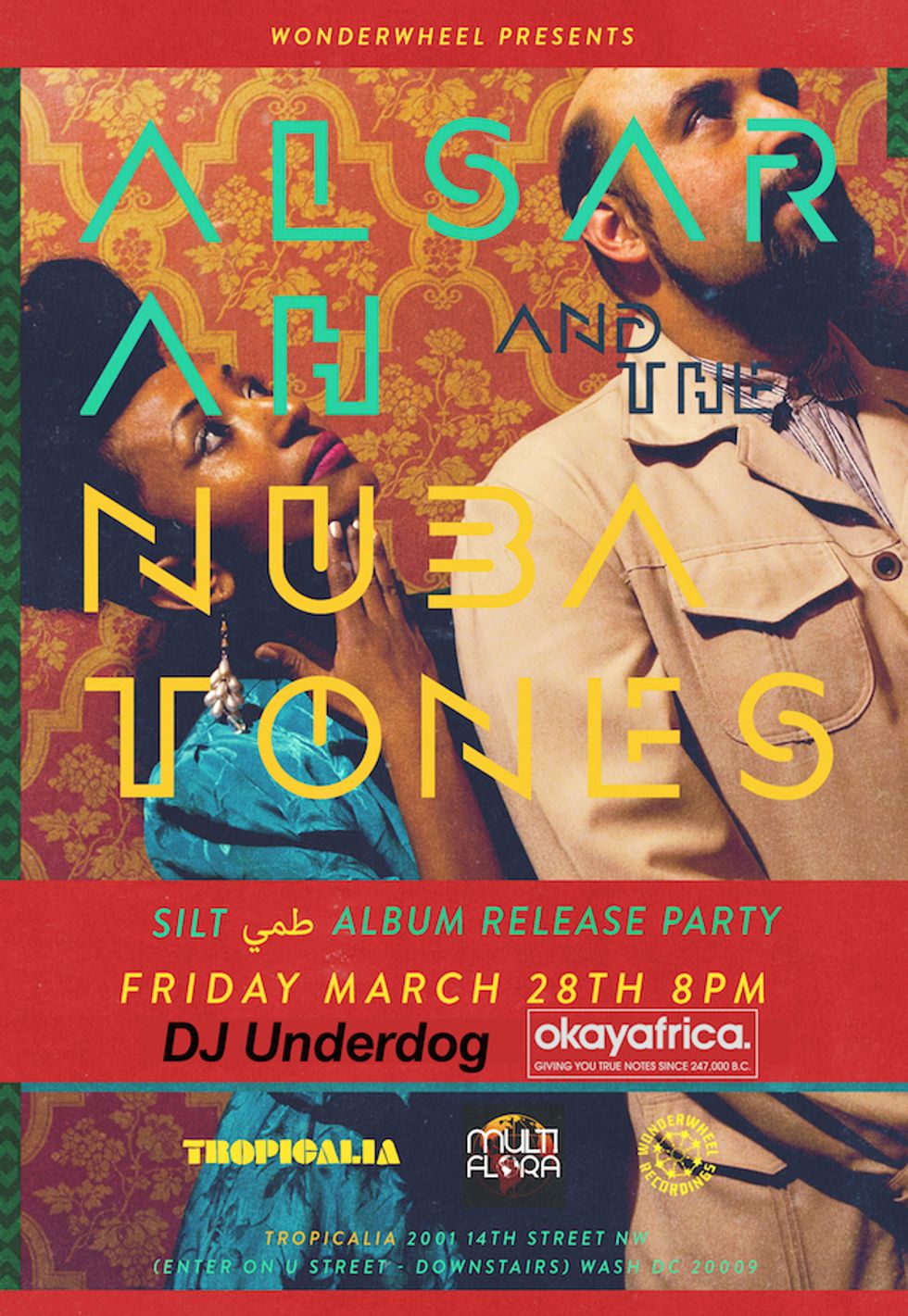 Come out to Alsarah & The Nubatones record release party in DC with DJ Underdog.

After their debut in DC 2 years ago at the Kennedy Center's Millennium Stage, East African retro pop outfit Alsarah & the Nubatones couldn't imagine having their debut album release without having a special celebration in Washington DC, aka 'little East Africa.' Come through to Tropicalia on March 28th at 8pm for a very special Silt album release party with special guest DJ Underdog, the host of our #OKAYAFRICADC parties. Grab your tickets in advance and make sure you come out because the band's in town for one night only! In the meantime, watch Alsarah & The Nubatones' latest video for Silt lead track "Soukura" below.