Listen to Oddisee's Hypnotizing Remix of Alsarah & The Nubatones 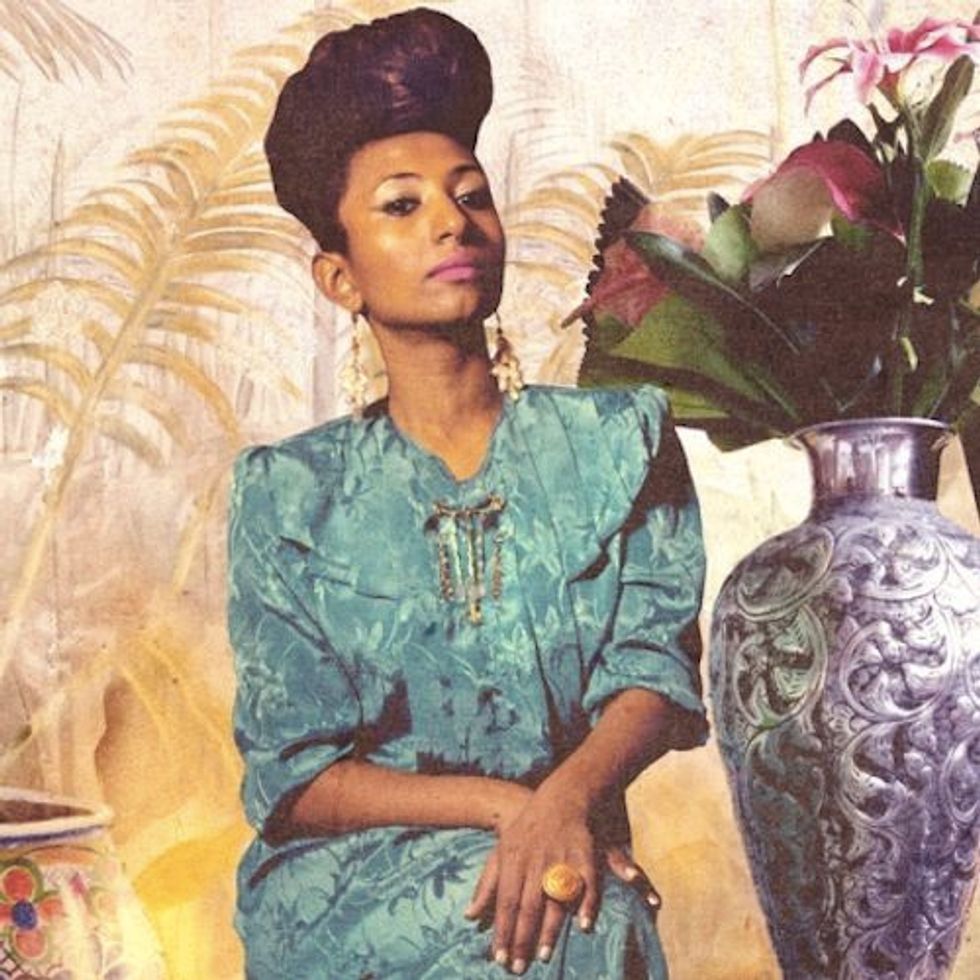 Alsarah & The Nubatones are readying the release of Manara Remixed.

The new album, which is due September 22 on Wonderwheel Records, will revisit songs from the band's excellent East African retro pop LP, Manara, through new remixes from Sufyvn, Captain Planet, DJ Khalab, Nickodemus, iZem, and more.

Alsarah tells us about the background of "3yan T3ban" and its roots—which stem from the Blue Nile region of North Sudan to a refugee camp in South Sudan —below.

"I learned this song a few years ago when I went to visit the Yousif Batil Refugee Camp in Maban, South Sudan," Alsarah writes in an e-mail to OkayAfrica. "I was there working with filmmaker Hajooj Kuka on a documentary about war, music and identity in Sudan called Beats of the Antonov. When I arrived to the camp I found a thriving music culture with multiple music parties and gatherings taking place every night, ALL through the night."

Alsarah. Image courtesy of the artist.

"I learned so much about what it means to thrive, instead of just survive, even in the face of the most violent of obstacles that threaten to eradicate your entire life and way of being. Music was how people there chose to document their lives, struggles and stories. Amongst those stories were also love stories. People fell in love and sang of it. This song is written by Muna and her friends, aged 12 to 16 years old. Muna was the leader of the pack being the eldest and the one who could both drum and sing. They wrote collectively though. I wanted to do a remake of this song as an homage to them and all they gave me."

"For this remix I was very excited to work with producer, rapper and all around hip-hop artist, Oddisee. I've had the honor of working with him in the past leading up to the last elections in Sudan a few years ago. He's a friend, but more importantly he's an insanely gifted producer. I couldn't imagine anyone better to remix The Nubatones' reimagining of this song. I wish I could go back and share it with them but this has not been possible due to the explosive situation in South Sudan. I could not cross into the region anymore. The lyrics are very simple and roughly translate to:

Sick and tired, they drove me in the nissan truck, Oh this love

the lorry truck bumped me around, Oh this love

the one who took the sleep from my eyes, Oh this love

the lorry truck bumped me around, yes oh yes

the one who took the sleep from my eyes, Oh this love

Sick and tired, they drove me in the nissan truck, Oh this love

Sick and I will not get better, Oh this love

Even if they bring me a doctor, Oh this love

Sick and I will not get better, yes oh yes

Even if they bring me a doctor, Oh this love

"To find out more about Muna and her friends, I highly encourage you to watch the documentary. You can also listen to a sample of the field recordings I gathered here to get an idea of the wealth of sound the people of the camp so generously shared with me."

For more on Alsarah read 10 Things She Loves About Sudan and check out our feature on 4 Artists From The New School of Sudanese Music, which Alsarah and Oddisee are both profiled in.