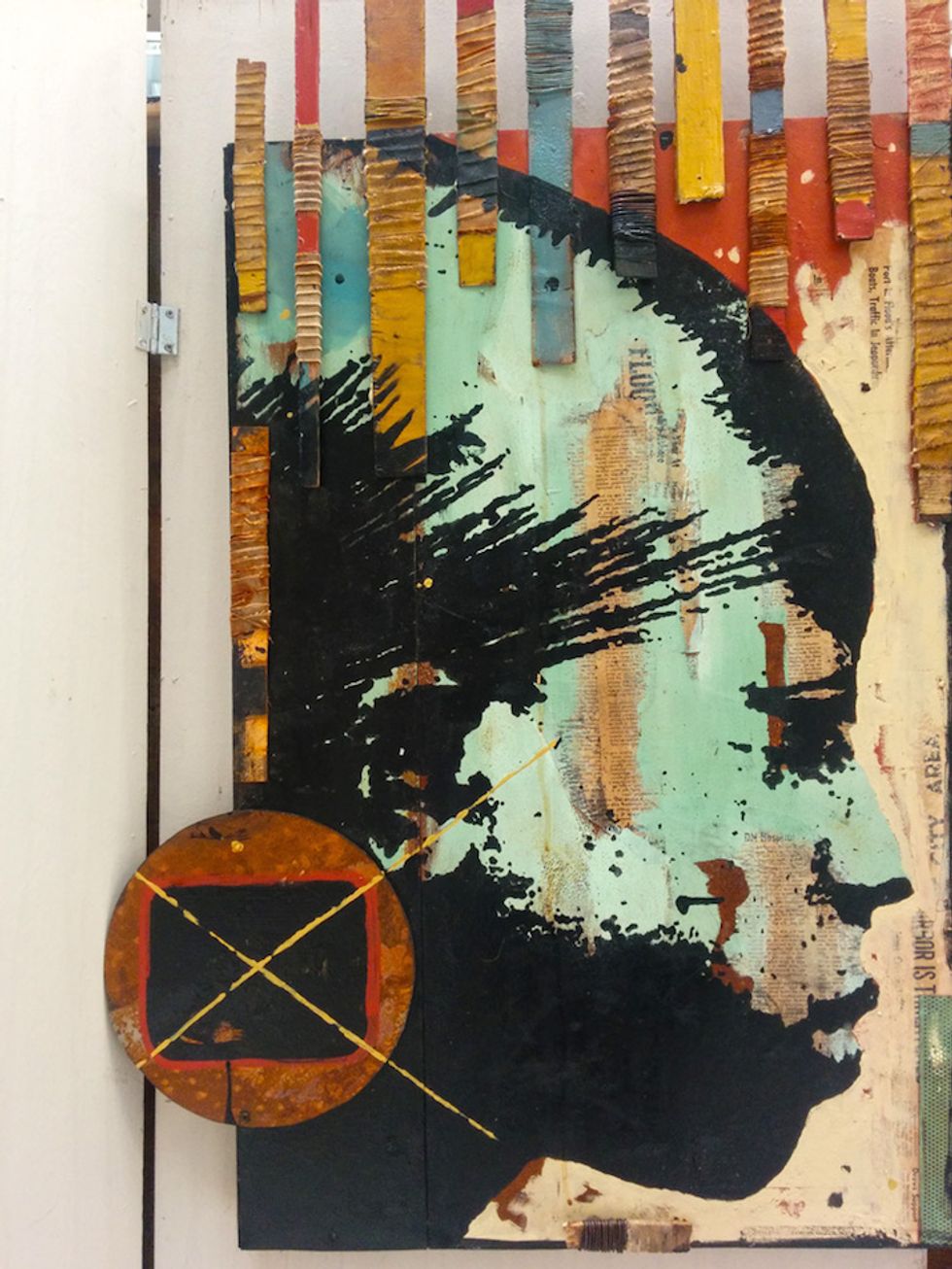 Senegalese multimedia artist Aly Kourouma speaks with Benjamin Lebrave of Akwaaba about his life, influences and his artistic journey.

Aly Kourouma is a vastly talented visual Senegalese artist based in LA. He was recently commissioned by the city of Westchester, CA, to create the massive "You Are Beautiful" mural. He is also a DJ (Ndebele) and has a clothing brand, Timbuktu State. His multifaceted art reflects the many layers that have made Aly who he is today, from his native Guinean village, to growing up in cosmopolitan 1980s Dakar, to landing in the U.S. in a quest to become a filmmaker. Benjamin Lebrave of Akwaaba Music recently sat down with Aly during his trip to LA, and talked about his life, his influences and his artistic journey.

I vividly remember the first time I met Aly: he was bigging me up for the music at an otherwise very quiet Sunday night party in LA’s westside. The night I ran was extremely eclectic, going from minimal techno to neo-soul to tropical, and it was rare to come across anybody who enjoyed this diversity, let alone somebody I could speak French to. To this day, whether it’s words from a conversation or details from one of his works, Aly’s diverse taste and influences still surprise me. I’m devoting my own career to bridging music and cultures from Africa with the world, so naturally I feel a strong bond with Aly and how his life and work straddle similar cultural junctions. I was lucky enough to sit down with Aly on my recent trip to LA. Sure enough, he blew my mind once again with his stories, here’s what he shared.

Benjamin Lebrave for Okayafrica: Where did it all start for you?

Aly Kourouma: I was born in Guinea, in a small village of about 30 people, with no running water, no electricity, we used to bathe in the river, go to bed when the sun went down. My dad passed away when I was one, it was tough for my mom to raise all of the kids, so when I was 4 she sent me to Dakar, where I grew up with my uncle, my mom’s brother.

OKA: Moving from a village in Guinea to Dakar must have been a big shock?

AK: You can almost compare the economic reality between Guinea and Senegal [in the 1970s] to what is going on between Mexico and the US: the economy was much better, so a lot of people moved to Senegal. The biggest foreign contingent was Guinean, I’d like to say at least a million Guineans lived in Senegal at the time.

To some extent, I feel like my parents cut the bridge, maybe not voluntarily, but it was hard to stay in touch. You have to remember, this was in the late 1970s, Guinea was a communist country at the time, Senegal was seriously pro-French. So there was no diplomatic relationship between the countries, no phone connections, officially the border was closed. My mom had to take me to Mali to get to Dakar!

My parents spoke Fulani to each other, but they spoke French to the kids, for education and all of that. So I grew up with French and Wolof, the main language spoken in Senegal. My actual dad was Mandingo, I picked it up a bit from aunties also living in the house. I speak it with a terrible accent which makes everybody laugh.

In 1984, Sékou Touré died, and the borders opened again. In 1985 I went back to Guinea for the first time. It was a shock, the place looked the same, smelled the same, but I remembered it with my 4 year old eyes. Of course I didn’t recognize anybody! I spent summer vacation there with all of my cousins. My uncle used to send us so we could reconnect with the family. I lost touch with my real siblings though, I grew up with my cousins in Dakar.