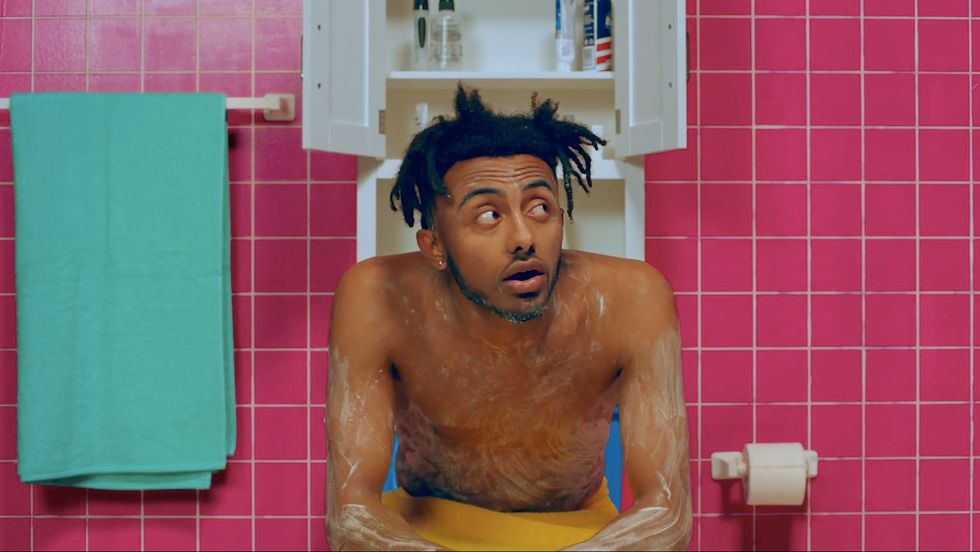 The Ethiopian and Eritrean-American rapper takes us on a trippy ride in his new music video for "Spice Girl."

Aminé, pays homage one of the best girl groups of the 90s (you can fight me on that) in his latest song and video "Spice Girl."

In the animated video, a random sequence of events: chilling on a couch with someone who's face oddly resembles his own, using soap from an oversized dispenser to bathe, and getting a stomach tattoo, land Aminé in prison where his baby's mama, played by the wonderful Issa Rae, comes to visit. She's not really excited to see him, and ends their conversation with a passionate "fuck you, how bout that." Damn, Issa.

What's much less random is the appearance form real-life Spice Girl, Mel B aka Scary Spice towards the end.

We totally get it, Aminé, the Spice Girls are everything.

Watch the colorful video below.