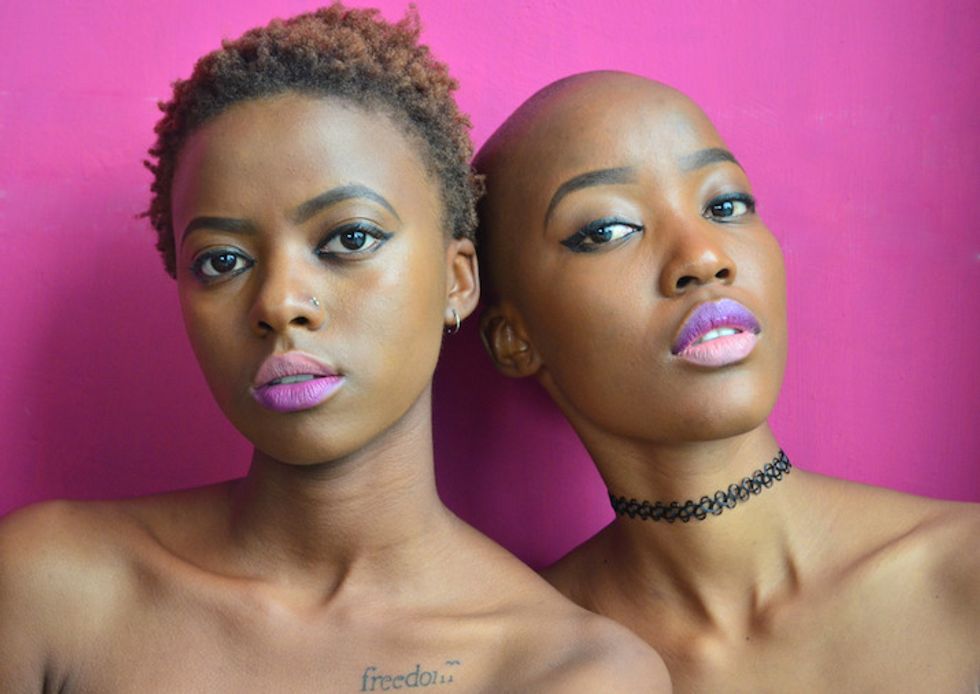 Motswana model Amy Amantle directs and stars in a 3-part photo series to celebrate "the beauty of being a young black woman."

Motswana creative Amy Amantle is back with another stunning photograph series, this time playing with themes of darkness, color and gold. The model not only starred in all three shoots, but she also directed them.

"This came about because of lack of fashion and lifestyle publications which consistently have model editorial features here at home," Amantle told Okayafrica via email.

"The main idea is to do fashion, beauty and lifestyle projects that i would love to see myself doing on print with magazine publications such as Elle Magazine, Glamour, Grazia, New African Woman and the like, but with my very own personal interpretations and a celebration of the beauty of being a young black woman."

Throughout September, Amy collaborated with fellow model Jedidah Maphosa, makeup artist Bokang Seremane and photographers Lorraine Kinnear and Tafnaz to release an image per weekday—along with a lyrical caption—on her Instagram and Tumblr pages.

Keep scrolling to check out more of the photographs featured in Amy's photograph series.