Is ‘An African City’ A True Portrayal Of The Urban African Woman? 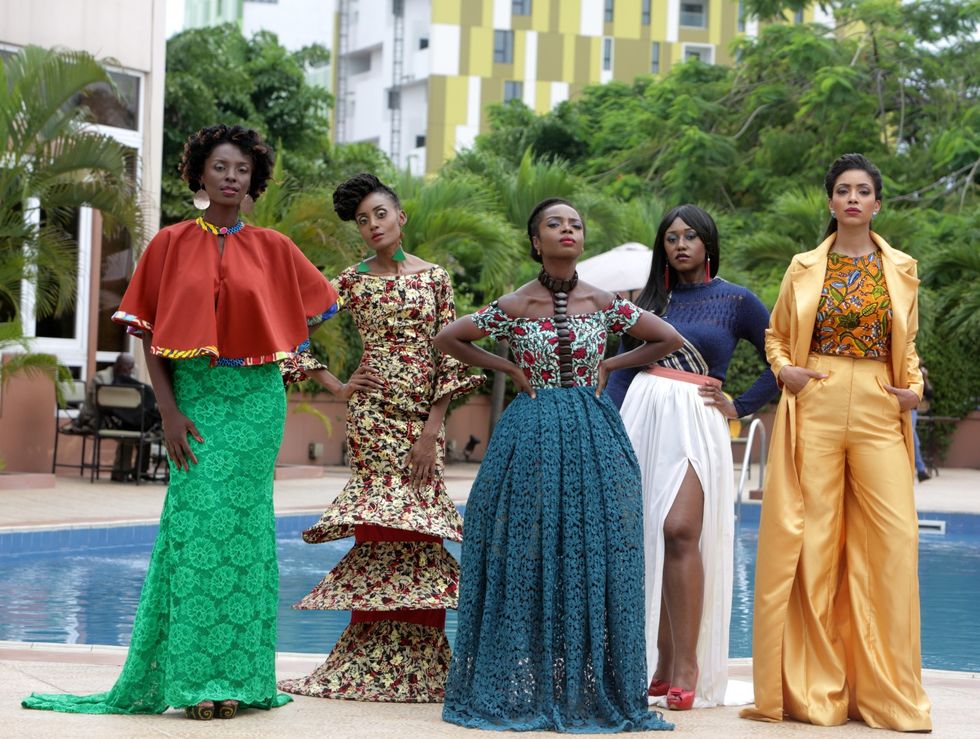 The web series tackles sex, tradition and independence from the African woman’s perspective.

At An African City’s Season 2 launch event in Accra in January, there were audible gasps from the crowd at the frank, no-holds-barred dialogue, and revealing sex scenes. But there's more to the web series than its shock value. The show is a space for urban African women to navigate evolving beliefs between tradition and contemporary life in a rapidly changing society.

HBO’s Sex and the City is An African City's inevitable point of comparison for many viewers. A a decade after Carrie, Charlotte, Miranda and Samantha bid us farewell, women still engage in spirited cocktail party conversations over which character they most identify with—the modern equivalent of a Myers-Briggs test.

Sex and the City was symbolic of contemporary debates about womanhood, and challenged the status quo. But the question remains—whose status quo? In arts and culture, the African woman is frequently represented as an object—a primeval Eve with scarifications and bare breasts, a breeding machine, or a sexualized spectacle akin to Hottentot Venus. In the news, she is a victim or a refugee. While these images are undoubtedly true, they are incomplete.

Until 2014’s arrival of An African City, the urban African woman lacked a pop cultural touchstone that could similarly create a new language to discuss their experiences from career to friendship to romance. Because of its web series format, An African City succeeds where Sex and the City fell short, combining unabashed conversations about womanhood with global representation.

While it fulfills a critical role in the cultural landscape, An African City is far from a panacea. Despite its mixture of satire and sincerity, some storylines verge on the absurd and the chemistry of the girl squad is occasionally lacking. Yet its refreshing voice and honesty sometimes matters more than its delivery.

Building on the narrative style of its American inspiration, An African City episodes begin with voice-overs by protagonist NanaYaa (played by the talented MaameYaa Boafo) and flits between scenes of the daily life of her circle of friends, including brazen and outspoken Sade, conservative and romantic Ngozi, pragmatic Zainab, and the ambitious and beautiful Makena.

Each woman plays an allegorical role in the continuum of modern African womanhood. Irreligious Sade unapologetically rejects her religious upbringing with her pastor father while Ngozi embraces the African church’s emphasis on sexual conservatism. Makena and Zainab struggle to navigate the difficulties of surviving in the sink-or-swim Accra business world without relying on men. Given this diversity of characters, it’s not surprising that the series immediately created buzz as women across the continent, especially in Africa’s sprawling urban megacities, found a little bit of themselves in each of the five women.

Photo courtesy of An African City.

The show explores the tensions between second-wave and third-wave feminism. The former focused on independence and egalitarianism, and the latter embraced femininity as a tool of agency and empowerment. In exploring where these concepts of modern-day womanhood clash and overlap, An African City’s strength lays in its embrace of each woman’s lifestyle as a valid choice—its acknowledgment that the path to happiness in love and life is complex. Although they want different things and walk different paths, these women do not apologize for success or their sensuality. Ngozi wants marriage and commitment, while Zainab, focused on her career, could care less.

As the character that most navigates extremes, Sade (played by Nana Mensah), who often draws comparisons to her libertine American counterpart, Samantha, is a representation of the push and pull of the Africa of the past and present. A Harvard Business School graduate, Sade is the marketing manager of a prominent Accra-based bank, yet still enjoys coaxing gifts out of her male companions. Admittedly and unabashedly sexually confident, she evades the negative barbs of being labeled a whore because her self-love is not predicated on the attention of men.

On its face, this behavior might appear as a contradiction, but to Mensah, it’s a subversive act. “In many traditional African cultures, men and women have different kinds of capital—sexual and financial,” she tells Okayafrica.

“The woman is in peak possession of her sexual capital at a young age, when perhaps she doesn’t have access to vast resources while the older man is the one with assets. Sade recognizes this and decides to cash in her sexual capital into actual capital—almost like a retirement plan. I don’t agree with that choice personally, but I appreciate the logic behind these choices,” she says. Sade’s choice to embrace her sexuality is at once at capitalist pursuit, but also an act of liberation from her religious upbringing and societal expectations.

Showcasing sexuality on screen is nothing new, but portraying it through the female gaze still remains a novel concept in film and television. Laura Mulvey’s pioneering 1973 essay, “Visual Pleasure and Narrative Cinema,” introduced new feminist discourse into film studies in its psychoanalytic analysis of how women are portrayed as passive subjects of the male gaze in the Western world.

Mensah agrees with this view, and thinks that is still particularly relevant in Africa’s nascent film and television industry. “A lot of times, sexuality is not shown at all or it’s a 1960s Hollywood portrayal where you see the lead-up and nothing else. Whether it’s in the U.S. or in Nigeria, film and television tends to show sexuality through the male gaze. The actress is there for the visual consumption of male viewers, male directors, male writers, and male co-stars. Now you have directors and filmmakers like Nicole Amarteifo, who directs An African City, and Leila Djansi, who are showcasing sexuality from a female perspective and showing female pleasure,” she tells us.

Photo courtesy of An African City.

In the eyes of Maame Adjei, who plays Zainab and serves as one of the show’s producers, there are “myriad of reasons Africans tend to shy away from the conversation of sex… [but] the fact is young African women have sex.” She says, “sex is a human trait and a uniting factor and it's a great way of telling nuanced stories because no matter who you are or where you're from you understand the concept and complexities of sexuality.”

While some might claim MTV’s Shuga as the first television show to grapple with tough questions about the evolving nature of sexuality in Africa’s metropolises, Varyanne Sika, founder of The Wide Margin, an online journal of African feminist thought, finds that An African City is distinct from Shuga because it refrains from moralizing the protagonists’ sexuality.

“I created the show to highlight women who own their sexuality and sensuality—even if one of the characters, Ngozi, refrains from sex she is still owning her sexuality," Amarteifo tells us. "And I wanted a show like this because for centuries women have been told that sex is not for them. Women have been sex-shamed for far too long. Sometimes men sex-shaming women, sometimes women sex-shaming other women. My show, itself, is a message: we will not be sex-shamed.”

Despite accolades and widespread media coverage for its refreshingly progressive take on African sexuality, An African City, like its American inspiration, has garnered some criticism for its focus on the lives of middle and upper class women. According to Sika, “urban life is reshaping the perception of African femininity along the lines of the usual rural and urban differences… affording some of those living in cities many opportunities for social, economic and cultural self-advancement which they otherwise wouldn’t have.”

With its exclusive focus on an elite, educated group of Ghanaian women, An African City shies away from broad representations of African women in its efforts to dismantle “the single story.” But in this attempt, does it create a single story of its own? In the same way that critics charged Lena Dunham’sGirls for lacking racial diversity and showcasing topics only relevant to a narrow slice of American life, An African City could similarly be dismissed as a narrow, elite feminist fantasy.

Even those in positions of privilege across the continent need only step outside their door to be robbed of the illusion of their palatial oasis. In Accra, you can step outside a mega-mansion only to be confronted with the stench of an overflowing gutter or a street riddled with potholes. These realities directly conflict with the glamorous, fanciful life that An African City attempts to show.

The parallel society of lavish luxury that persists aside the hellish realities of slums like Sodom and Gomorrah speaks to the growing income inequality in countries like Ghana. As we indulge in this bourgeois tableau of urban African life, we risk forgetting that independence of Nana Yaa, Ngozi, Zainab, Makena, and Sade is a rare privilege in a world in which African women experience fear more than freedom. Indulging in a guilty pleasure of An African City should not obscure the real problems impeding African women’s liberation.