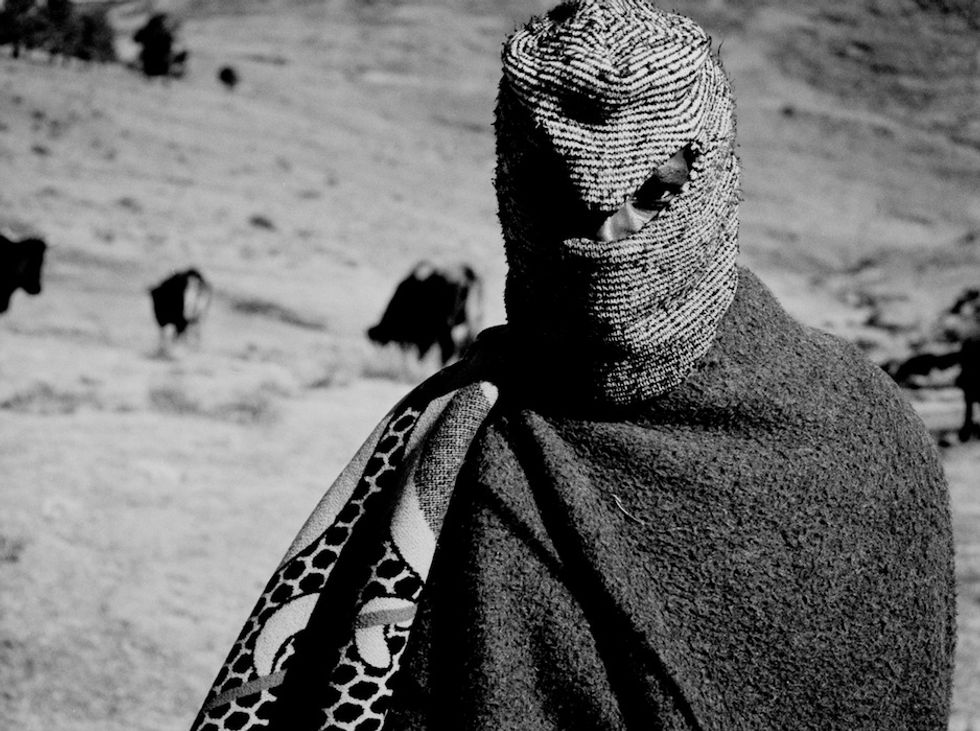 Okayafrica spoke to Andrew Dosunmu about his 'Elsewhere – 10 Years Of Photography' exhibition at Hotel Particulier in NYC (April 15-May 6).

“I’ve learned in life never to plan,” Andrew Dosunmu admits regarding his first solo exhibition Elsewhere – 10 Years of Photography. Curated by Béatrice Dupire, the show consists of ten large photographs selected from over ten years of Dosunmu’s personal and commissioned work. The capsule collection, if you will, began its run last week at NYC's Hôtel Particulier and shows through May 6th. We were able to catch Dosunmu by phone to discuss photography and his new exhibition.

Hôtel Particulier, despite its name, is not a hotel, but serves as a space for curated artistic creations. In the case of Elsewhere, Dosunmu's longtime friend Béatrice Dupire selected pictures she felt were emblematic to the artist. When we asked Dosunmu about the show's curator he explained, “She approached me and that’s how it all started. It’s one of those things that I knew I was going to do, but it was never something I was working towards. I knew it was going to happen eventually, you know whether I’m alive or not,” he joked. “[Dupire] knows me, she knows my work so it’s the pictures that she’s recognized as my work over 10 years."

Though Dosunmu began his career as a design assistant for fashion house Yves Saint Laurent, he's always wanted to be a filmmaker. “I got into design and fashion because it was my way into the visual world. I really wanted to depict people I know and it was quite frustrating to make films because you have to get people together, so photography actually came after film,” clarified Dosunmu. “Photography was my scrapbook. It was this tool that made me record the things that I wanted to film and document.”

There is a certain intimacy captured in the portrait series. Dosunmu's ability to connect with his subjects produces a very honest photo. As a photographer, it’s important for him to depict his subjects in a manner that dignifies and celebrates their individuality. “I am there to celebrate them and there is a trust that let’s them get their guard down. That’s the energy that transcends in the photograph. I’m not interested in victimizing people. Pictures that come out of Africa or Latin America tend to victimize their subjects. My work is about capturing a tiny fringe of that world and celebrating that place... Elsewhere is about another time and another space,” stated Dosunmu.

Elsewhere portrays the characters Dosunmu has found and captured in a ten year journey. His work certainly speaks for itself, but don’t just take our word for it. If you’re in the New York area, we strongly encourage you to check the exhibition out at Hôtel Particulier (4 Grand Street in Soho) now through May 6th. Meanwhile you can take a look at select photos in the gallery above.