This South African Queer Love Video Will Make Your Day 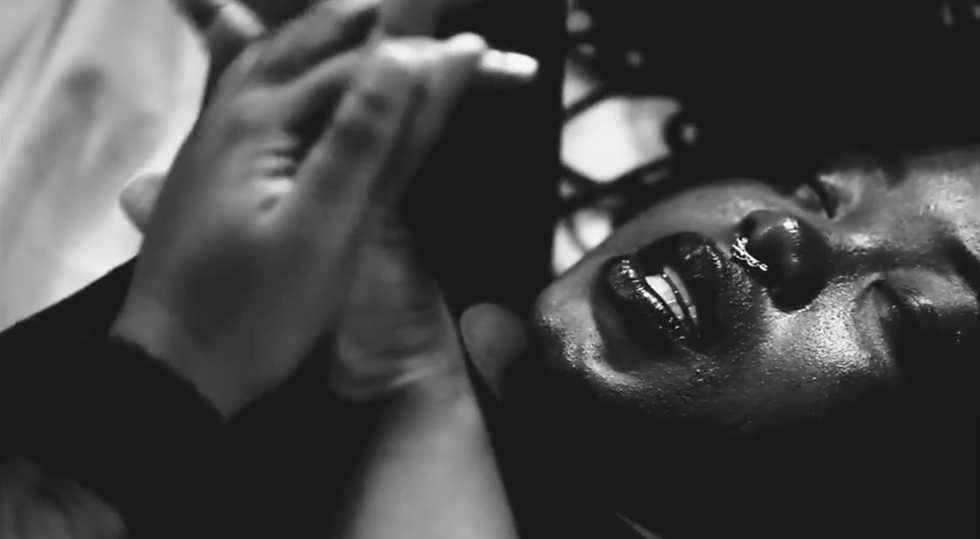 Andy Mkosi's latest video is about not boxing queer intimacy according to heterosexual norms.

Last year, the Cape Town-based rapper Andy Mkosi released a 2-track EP called NdineFeelings, which was about love and relationships. Today, we're premiering the music video to “Set It Off,” that EP’s opening song.

The song’s visuals are steamy—the rapper gets intimate with Sandile Ndelu, who she admits is her real-life crush.

Mkosi says the song came about as a result of her curiosities about her as a tomboy getting it on with another tomboy. “As a tomboy who dates feminine womxn,” says Mkosi. “I have always wondered about the sexual intimacies of queer relationships. I wonder about how much I, a queer individual, box myself when it comes to sexual intimacy. How open am I to being with another tomboy? Are homosexual relationships dictated by the norms or rules of heterosexual ones? Is it a matter of preference?”

The rapper says she wanted to be depicted naked and be vulnerable in her body and embrace it in her video. “I also wanted to explore queer intimacies. I chose to star with Sandile Ndelu, who identifies as a transgender womxn,” she says.

The video was directed by Meghan Daniels, who also did the cinematography, and was edited by Yoza Mnyanda.

Watch the music for “Set It Off” below, and revisit our interview with Andy Mkosi about combining her photography with her music, here.