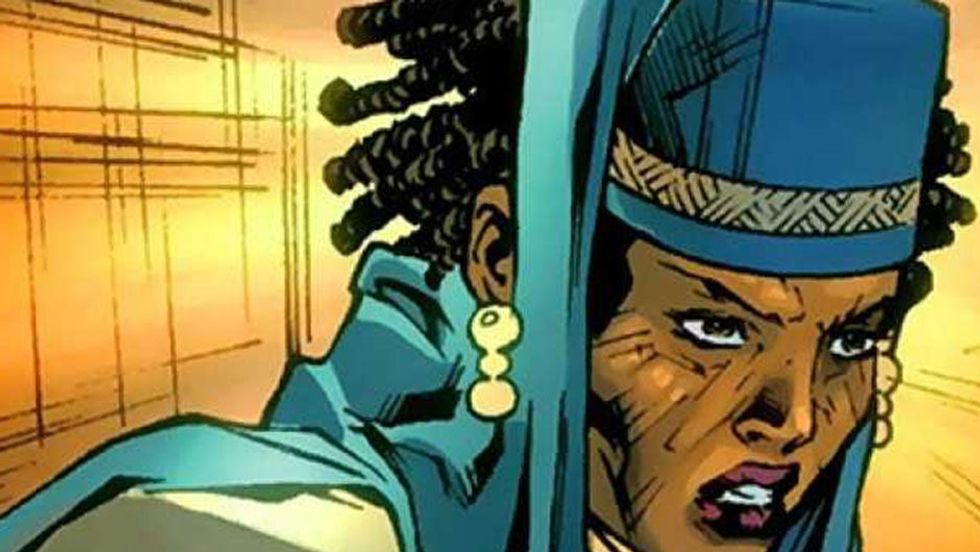 As for Kasumba, you may recall the Ugandan-German showstopper basically won Captain America: Civil War with a single line (“Move, or you will be moved”), while Kaluuya is about to be the next big thing in Hollywood as the lead in Jordan Peele’s forthcoming race-driven horror flick, Get Out.

The first standalone Black Panther movie is being directed by Creed/Fruitvale Station’s Ryan Coogler. Production is expected to start in the first quarter of 2017, with a theatrical release slated for February 16, 2018. WE. CAN'T. WAIT.

Ramonda in the Black Panther comics. Image via Marvel.