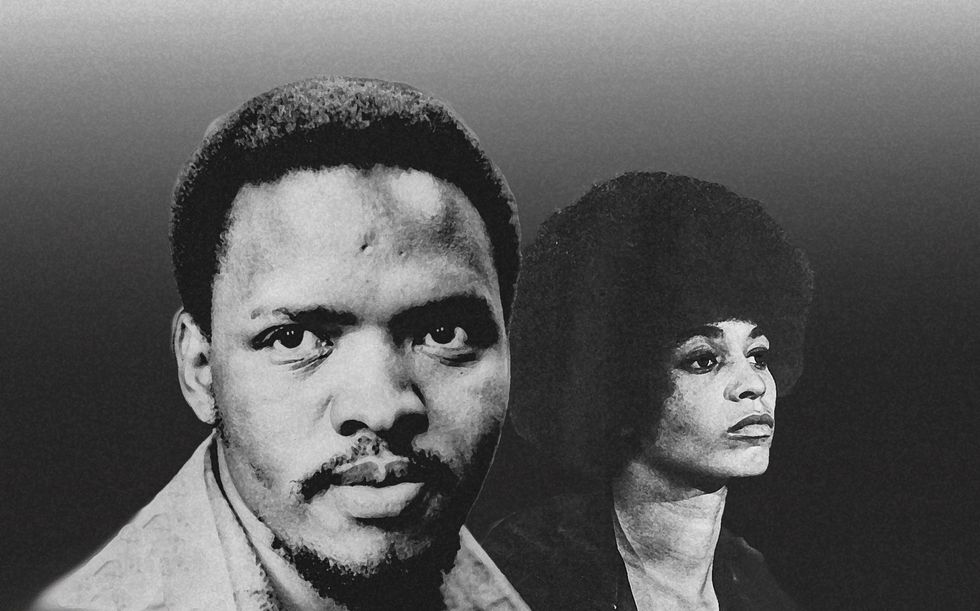 It’s been 39 years since anti-apartheid activist and Black Consciousness Movement leader Steve Biko was brutally beaten, executed by four police officers, and left to die naked on the floor of a Pretoria police hospital.

“I would not have been able to imagine then, that two decades after the defeat of apartheid we would be confronted with militaristic responses to people’s activism,” Davis says to the audience that included the group of schoolgirls from Pretoria High School for Girls who protested against their school’s code of conduct barring them from wearing natural hairstyles and speaking African languages last month.

Davis’ words touched on the legacy of apartheid and frustration still felt in South Africa as seen through the #FeesMustFall movement, in support of a no-fee school system, and the torching of a library University of KwaZulu-Natal a few days before her speech.

“The revolution we wanted was not the revolution we helped to produce,” the California-based professor, whose present work focuses on feminism, black consciousness and mass incarceration, laments.

Davis encouraged the new crop of activists to go beyond merely imitating the legacies of Biko, Nelson Mandela and Martin Luther King Jr. that sought to address structural racism, and in doing so, address the damaging emotional and cultural effects of racism on people of color.

As part of her address, the former Black Panther dressed in Ankara and wearing her signature Afro, noted the affinity between emerging South African activists and the Black Lives Matter movement and applauded the women leadership of both movements for making the struggle for justice more intersectional and egalitarian.

Before Davis exited the stage, the schoolgirls of Pretoria High School for Girls presented her with a pencil-sketched portrait—symbolic of the gratitude the new generation of activists have for the pioneers like Biko and Davis who have helped pave the road to freedom.