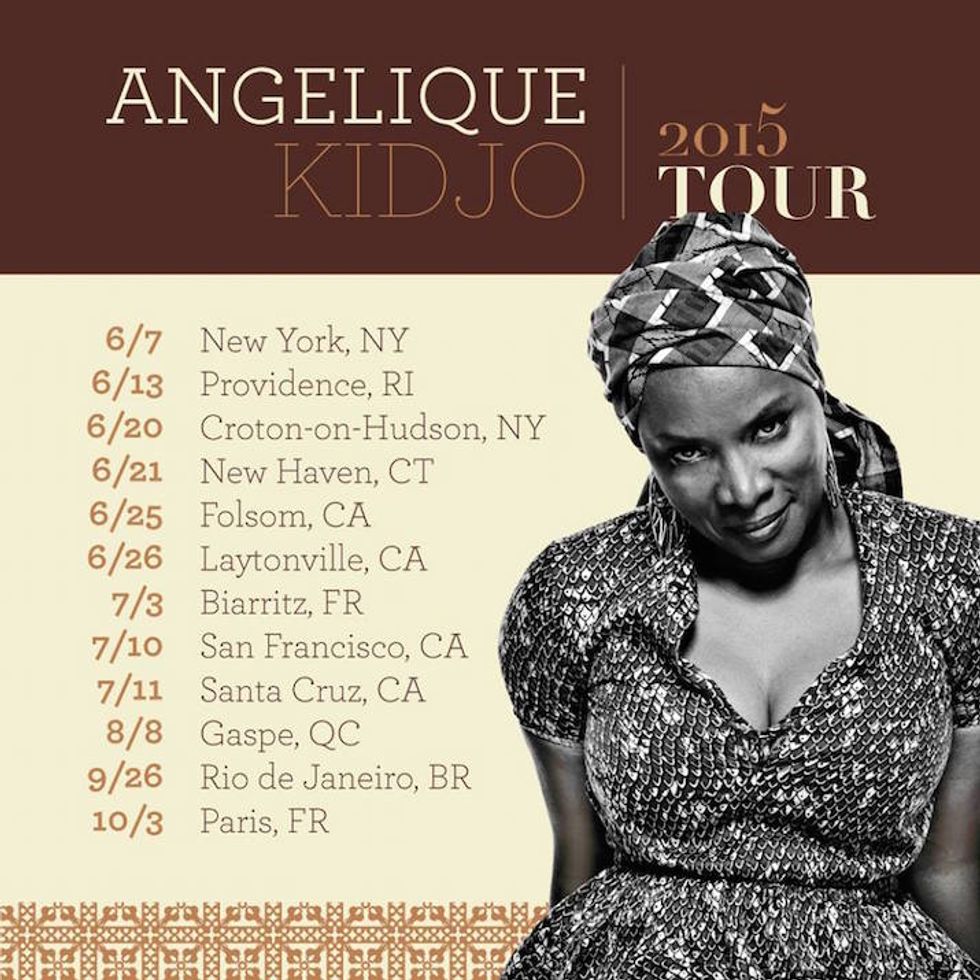 Beninese singer, artist and activist Angélique Kidjo has announced a string of dates for her 2015 tour.

After earning her second career Grammy and a doctor of music degree from Yale earlier this year, Angélique Kidjo is hitting the road for a string of dates in the USA, Canada, Brazil and France. First up is a FREE SummerStage at Central Park show in New York City this Sunday, June 7, with Rich Medina and South Sudanese musician Emmanuel Jal. See below for the full list of dates. For more, check out the 5 Songs That Shaped Angélique Kidjo and revisit photos from Kidjo's appearance at Yale’s very first Africa Salon alongside Just A Band, Jean Grae, Shingai Shoniwa, Kae Sun and several others. As the video below (from 2007) can attest, Sunday's show isn't the first time Kidjo has performed at Central Park SummerStage.