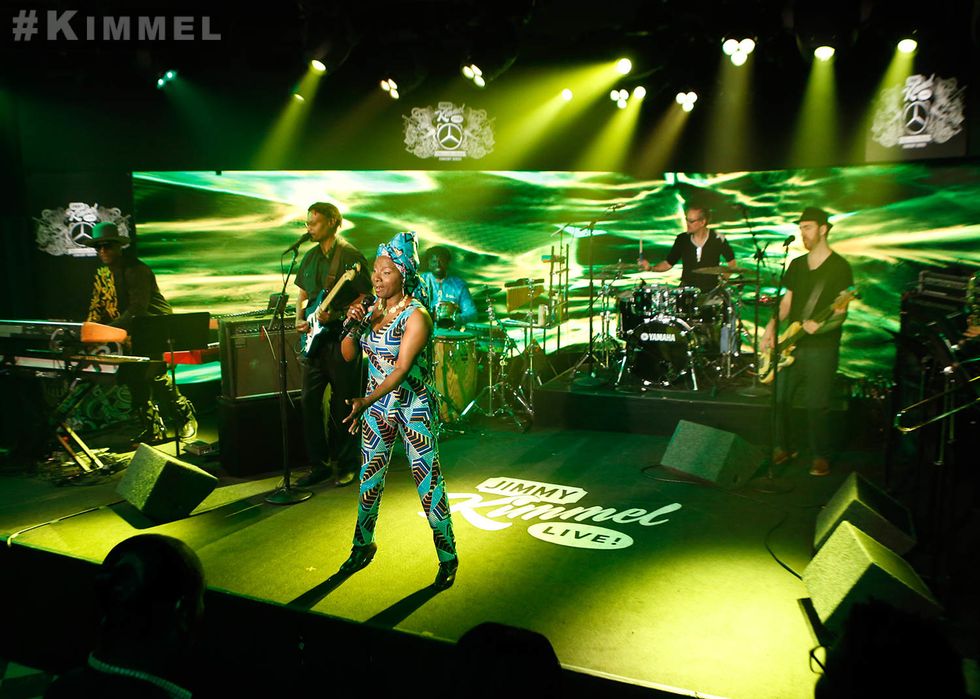 The Grammy-award winning singer brought the stage to live with her cover of the Talking Heads' "Once in a Lifetime".

Angélique Kidjo brought her characteristic energy and vibrancy to the Kimmel stage last night. The Beninese singer performed "Once in a Lifetime" in Los Angeles as the musical guest for the Jimmy Kimmel Show.

This performance marks the beginning of Kidjo's promotion for her upcoming album, Remain in the Light. In her album, Kidjo re-imagine's the 1980 Talking Heads album by the same name, bringing its rock sound closer to the African music which inspired it.

Kidjo has released two singles from the album, lead single "Born Under Punches", and "Once in a Lifetime." Remain in the Light will be released June 8.