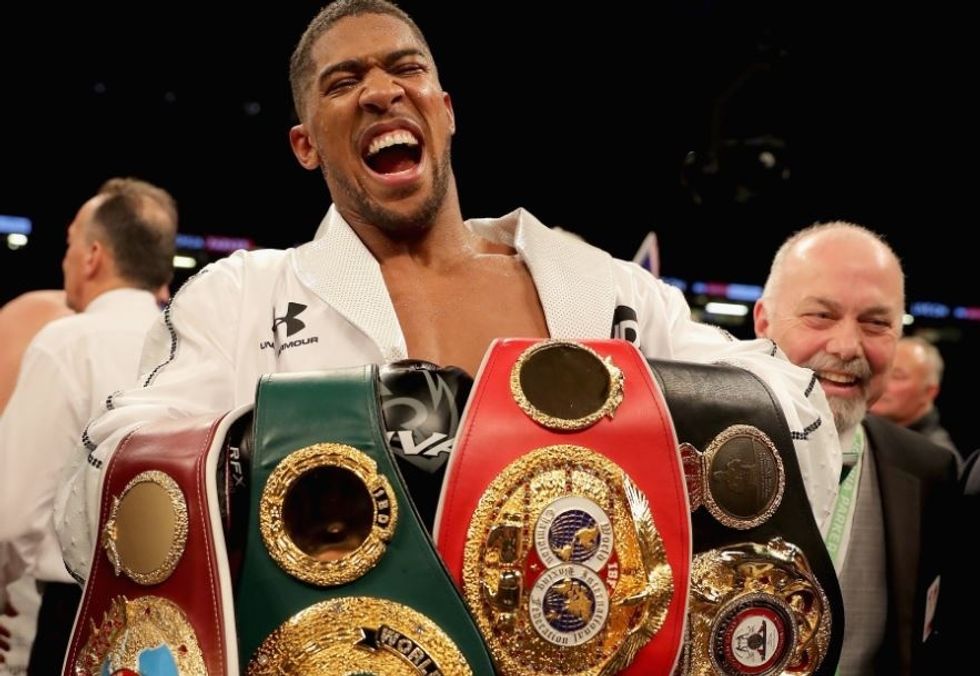 It was a calculated and extended win for Joshua, who challenged Parker's durability over a 36 minute match, eventually earning the win in the 11th round after a unanimous decision.

Joshua had no reservations about revealing who he wants to take on next.

"I want [Deontay] Wilder or [Tyson] Fury. Get him [Wilder] in the ring and I'll knock him spark out."

Clearly there's no slowing this man down. Congrats to the heavyweight champion!