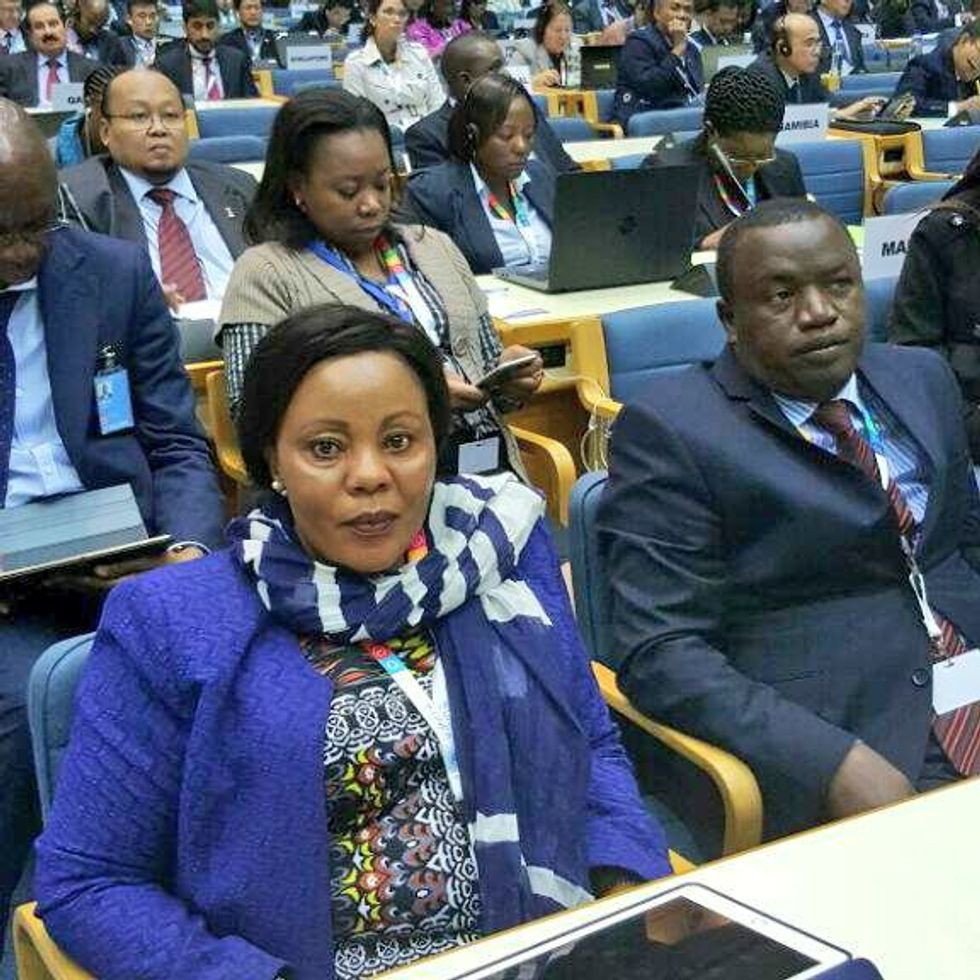 A racially fueled drama unfolded at the UN Environment Assemby (UNEA-2) conference before it concluded in Nairobi, Kenya Friday.

At the gathering, it is alleged that Egypt’s Minister of Environment and President of the African Ministerial Conference on the Environment (AMCEN) Khaled Mohamed Fahmy Abdel Aal referred to Sub-Saharan African delegates as “dogs and slaves”—his insult veiled in Arabic—during an address to his delegation,Tukoreports.

The incident arose when a resolution that Egypt and other Arab countries had advocated for was not adopted during the week-long conference that passed 25 resolutions addressing environmental issues such as poaching and air and water pollution, according to Tuko.

But perhaps Abdel Fattah didn’t realize that there were some African delegates present who could understand his disses? Or maybe he did, which reveals how much of a racist jerk he really is?

The memo also recommended four conditions be fulfilled before the Arab Republic of Egypt can continue to represent the continent of Africa in any official capacity, KTPress reports:

We feel that these uncivilised, racist, discriminatory and vindictive utterances do not advance the vision of the 2063 African agenda and the Pan-Africanism that was advocated by the founding fathers of the African Union

@egy_a7mad He spoke to his delegation in Arabic in the presence of African delegates. That speak:understand Arabic

Once word got out about the drama that unfolded, Foreign Minister Sameh Shukri offered to have the ministry investigate the matter in a statement Tuesday, All Africa reports. But the foreign ministry denounced any question of Egypt’s loyalty to the African Union. And an official at the Egyptian foreign ministry defended Fahmy Abdel Aal’s remarks, reportedly saying Khamati’s requests were “unbalanced and “imprecise,” according to All Africa.

Many Egyptians are appalled and trending with hashtag #SorryAfricahttps://t.co/6wkt3Xleej

We alternate between NE and Africa to demonstrate our highly racist mindsets.#SorryAfrica We are ashamed. https://t.co/Se5hDheqjV