Sahara Rocks!: The Sahel Through The Lens Of Arnaud Contreras 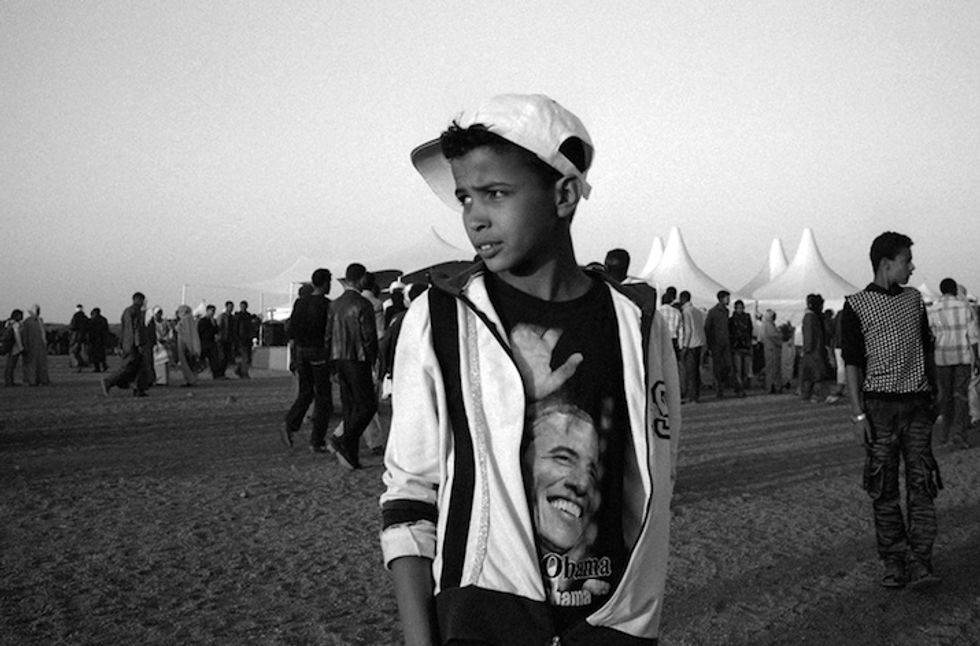 In an attempt to dispel dated European perceptions of life in the Sahel, French photographer Arnaud Contreras has spent the last fourteen years training his lens on the rapid evolution of Northwestern Africa's social media generation. Traveling alongside Tuareg desert blues artists such as Tinariwen, Bombino, and Tamikrest, Contreras has documented the Sahara's dynamic music scene as well as its tech-savvy youth by capturing stunning black and white images of their everyday lives. His forthcoming Sahara Rocks! photobook is the culmination of this project that offers a rarely seen perspective of contemporary life in the region. Contreras explains the new book on his crowdfunding page:

"For 15 years, I have regularly traveled to the Sahara. Often with musicians or their relatives. They’re my first contact with the society. With the success of some of them, such as Tinariwen, Bombino or Tamikrest, a small window has been opened onto their lives. I try, by my reports and documentaries, to share what I see with them of the Sahara today, well rooted in modernity... Through this book, by photos and texts, I invite you on a trip with those women and men, I want to share with you what I have learned by their side. I want to show you the « Ishumar » culture, from the French, chômeur, unemployed. They have their own way of life, their musical style, their fashion. They move all around the Sahara, where ever they can find a job. With them we laugh a lot, making fun of ourselves and one another, even in the hardest times. I also want to portray the modernity of young tuaregs, arabs, songhaï, and moors who share both good and bad news through their Facebook accounts and their cell phones."

By turning to the power of the Internet to raise funds for what promises to be a beautiful visual artifact, Sahara Rocks! is more than half of the way to seeing the light of day. Click through the gallery above featuring Contreras' images of the modern Sahara and learn more about how you can support the project here.