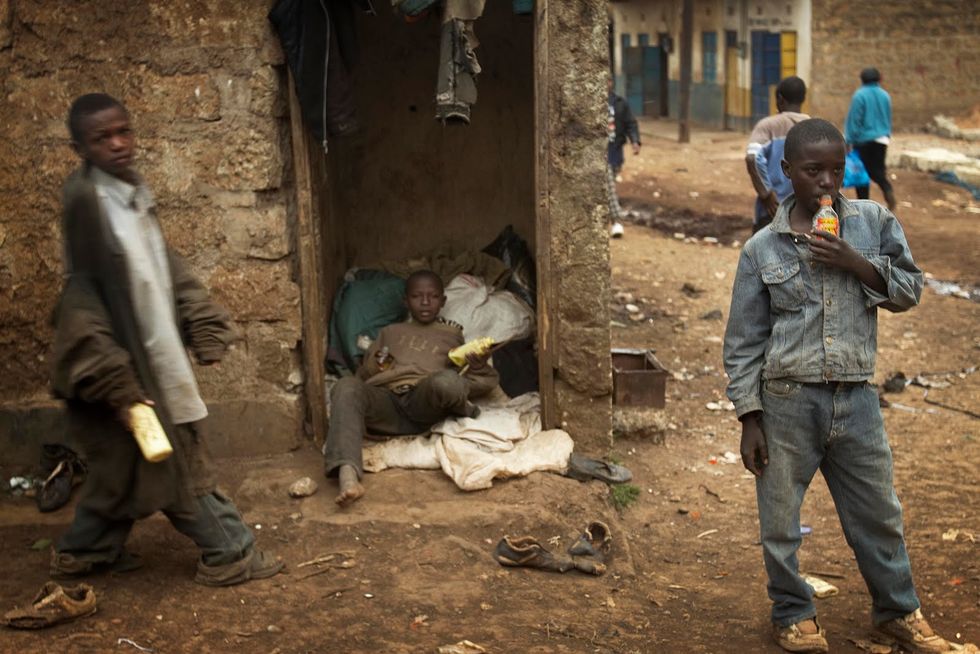 The kids in Village Beat’s upcoming documentary, Tough Bond, exist in a social limbo. While the communal fabric of the Kenyan villages in which they were raised erodes around them, they are forced into an urban environment that has no room for their kind. They must eek out a meager living amidst the slums that have already consumed lives that began with better circumstances than their own. It is a tragic lot, where even the survivors scrape and hustle among the refuse for paltry crumbs, and the only respite is the heady rush of huffing an industrial adhesive called Tough Bond.

From everything I’ve seen the film is a heart-wrenching story shot in a hauntingly beautiful style. The photography is crisp and colorful, adding a vibrancy to scenes that would otherwise be unimaginably depressing. Co-directors Anneliese Vandenberg and Austin Peck spent two years filming their subjects, traveling alongside them from the villages to some of the most squalid parts of Kenya’s cities. The film will also feature an original score by Seattle hip-hop collective Shabazz Palaces, which is sure to give the documentary a sound worthy of its subject matter.  Above, check out their video for "Blast It."

Tough Bond is due out this summer. Be sure to check out Village Beat’s website for more information on the film.