Video: Asa 'The Way I Feel' 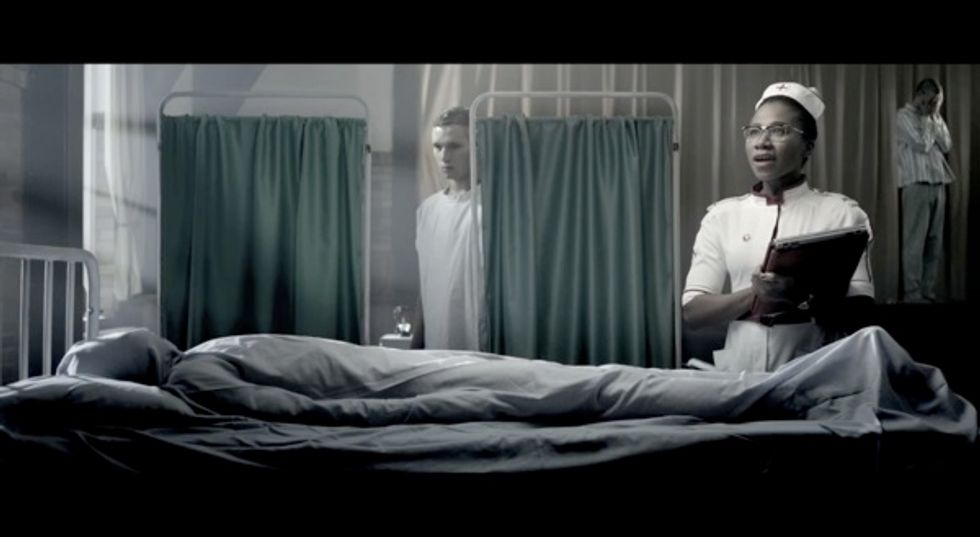 Asa, the Nigerian singer, releases a stark and slightly creepy music video for "The Way I Feel."

Asa's new video has prompted some quizzical shrugs from the blogosphere, but its stark and slightly creepy imagery suits the track's contemplative mood. The Paris-born Nigerian artist exchanges the saturated color of "Why Can't We" and the 50s bubblegum of "Be My Man" for something far more static and muted, at one point singing beside a swaddled corpse as a pale patient peers behind her. With Asa styled as a Mary Seacole-type figure, tending to the war-wounded and shell-shocked, the video lends the song a new dimension — a dirge for those caught up in and traumatised by the world's many conflicts.