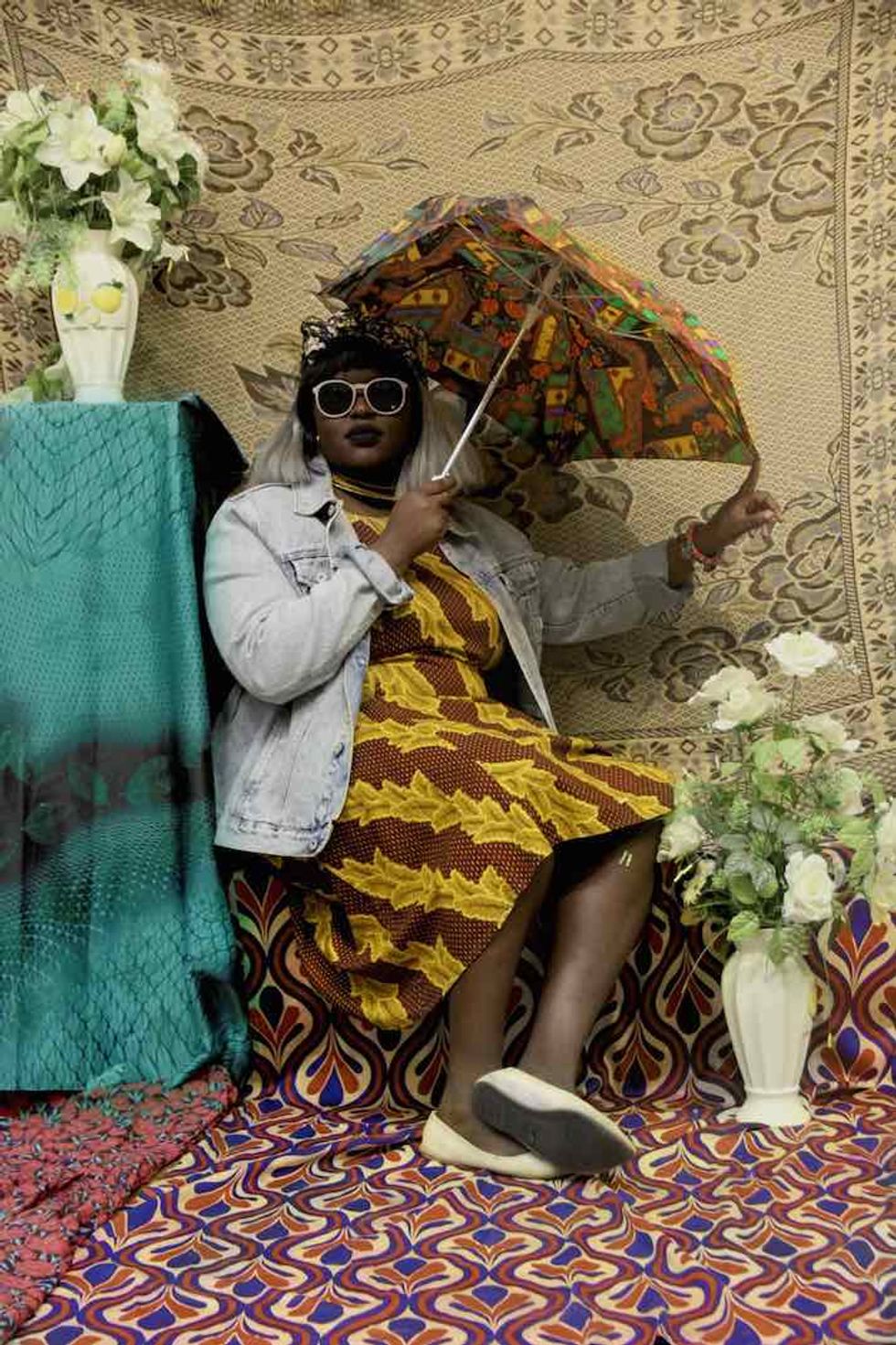 Atong Atem is a South Sudanese photographer based in Melbourne, Australia, whose work centers on notions of blackness. In a recent photo series she focuses on the social and cultural identities constructed by first and second generation Africans living in the diaspora.

Drawing on the legacy of West African studio portraiture popularized by Seydou Keita, Samuel Fosso, and Malick Sidibe, among others, Atem's Third Culture Kids gaze softly into the camera against floral backdrops. Decked in headwraps and wax print boubous, the individuals in the photos are as comfortable in traditional African wear as they are in battered Converse and stone washed denim.

"Being a Third Culture Kid, means recognizing there's a space that exists between the culture we're from and the culture we're living in," she explained in a recent interview with i-D Magazine. "I feel not South Sudanese enough, or not Australian enough. I have to accept that I'll never be both: those ideas are completely fabricated from outside of myself. For a lot of people who realize they exist in that in-between space, it's kind of upsetting because you're neither this nor that. But being a third culture kid can be whatever you want."