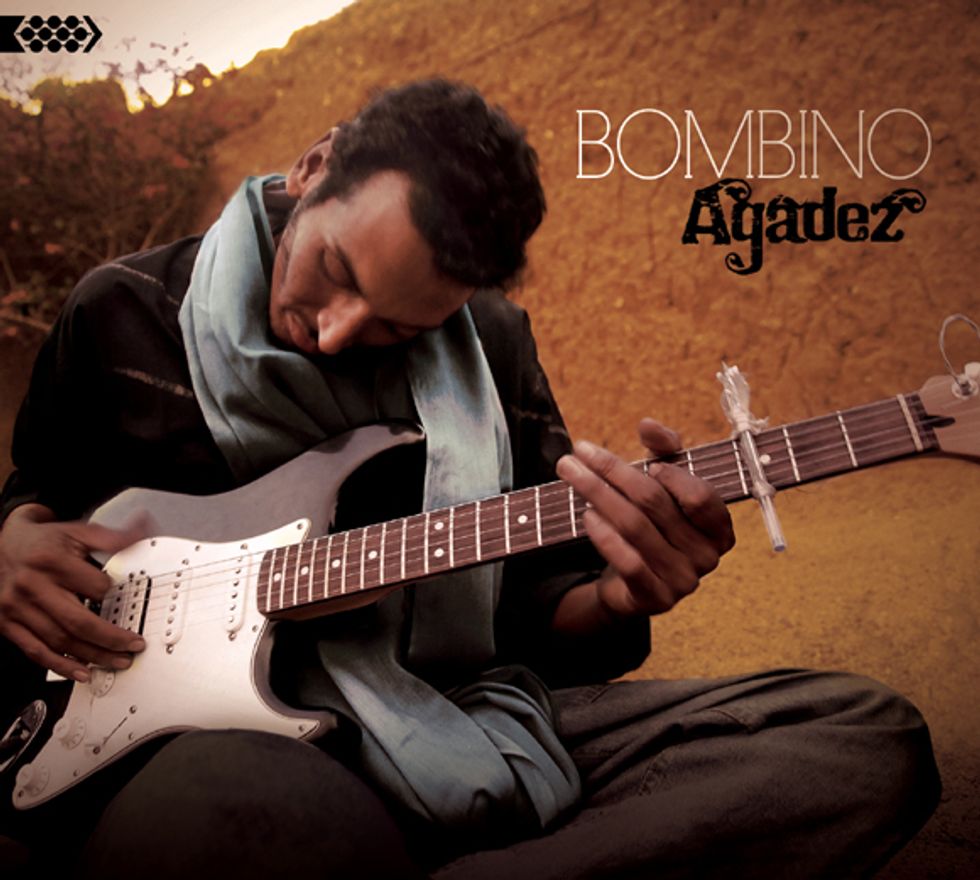 Musical mediator and Niger-born guitar wizard, Bombino, is a rising international star of Tuareg rock n' roll. Already recognized in his country via years of bootlegs, and more formally his band Tidawt, Bombino will release Agadez on April 19th via Cumbancha Discovery. Agadez, a solid ten songs of the most pleasant futurized-Berber rhythms, is the potential product of the recently-released documentary by filmmaker Ron Wyman, Agadez, the Music and the Rebellion. The film captures Tuareg culture in the Sahara deserts, and features how Bombino's musicianship translates into his role as a social leader and advocate for peace. The film already has a number of accolades, including being an official selection at the International Film festival South Africa 2010 and the London International Documentary Film Festival. Check out previews of the film here, and be sure to download the new single from Agadez, "Tar Hani (My Love)".