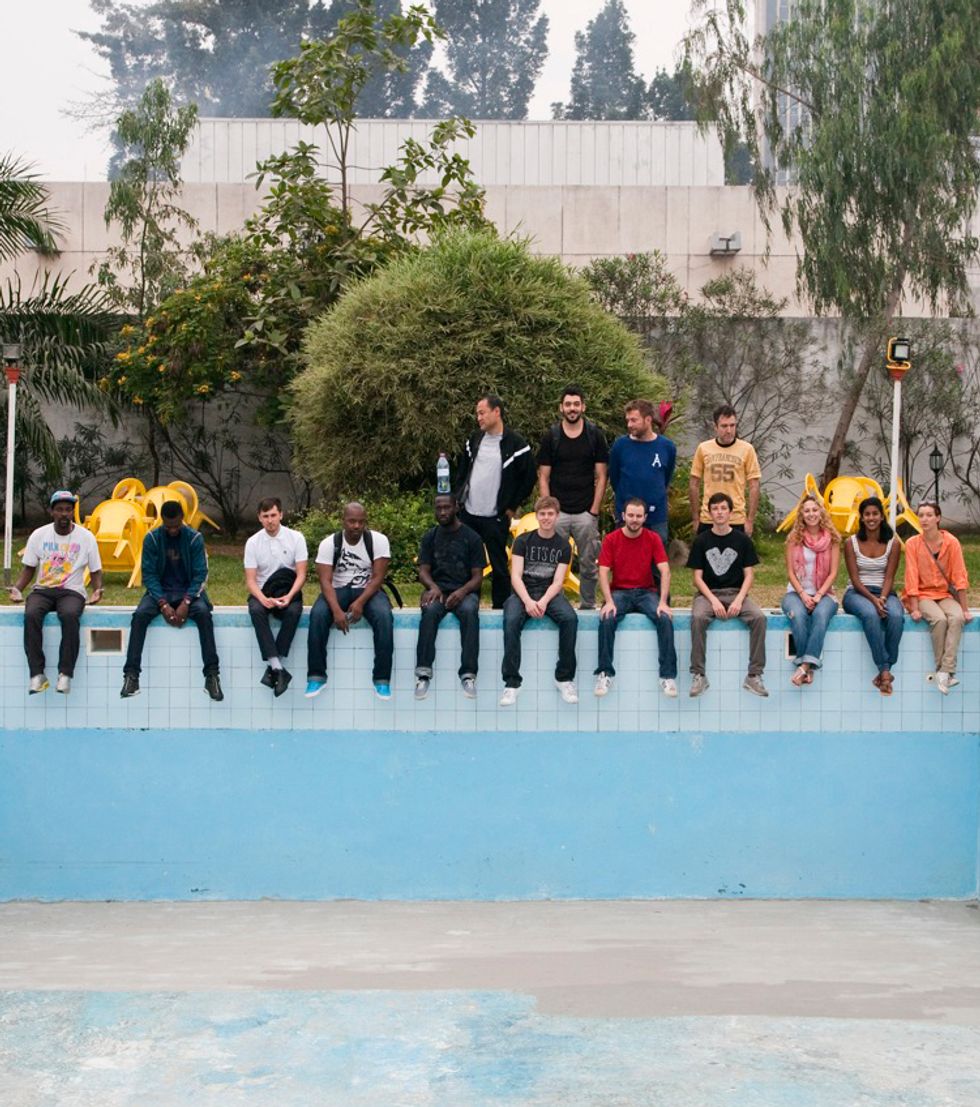 Back in July we announced that Damon Albarn would put together a group of producers called DRC Music and set out for Kinshasa, in the Democratic Republic of Congo to record and sample Congolese musicians – well, he knocked it out of the park and the album, Kinshasa One Two, is available for pre-order today.

DRC Music collaborated with over 50 local Congolese artists, including Jupiter and the Okwess International, Bokatola System and Nelly Liyemge to record the entire album in under one week – 5 days to be exact. Proceeds from the album, set to be released digitally on October 3rd  by Warp Records, will benefit the local performers as well as Oxfam’s work in Congo.

DRC Music is comprised of producers Actress, Dan The Automator, Jneiro Jarel, T-E-E-D (Totally Enormous Extinct Dinosaurs), Richard Russell, Marc Antoine, Alwest, Remi Kabaka, Rodaidh McDonald and Kwes. Take a sneak peek at their creative process in the trailer for the project above, and listen to some tracks off the new project below.