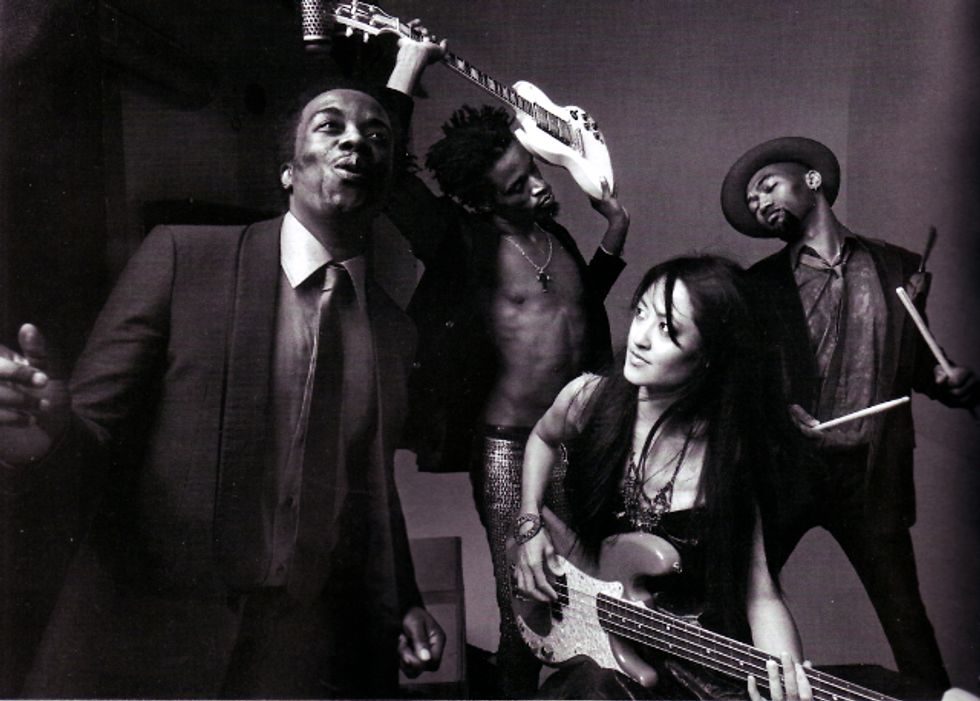 Ghanaian/Cleveland twin brothers Aku and Akwetey, and the rest of the Dragons of Zynth crew, have been relatively dormant since the release of their 2007's Coronation Thieves LP (which was produced by TV On The Radio's Dave Sitek). In "No Keep Asunder" they further their avant-rock sound with a circular guitar groove and falsetto vox melody. Catch DOZ live tomorrow at 92YTribeca! Stream the track below. (via WNYC)