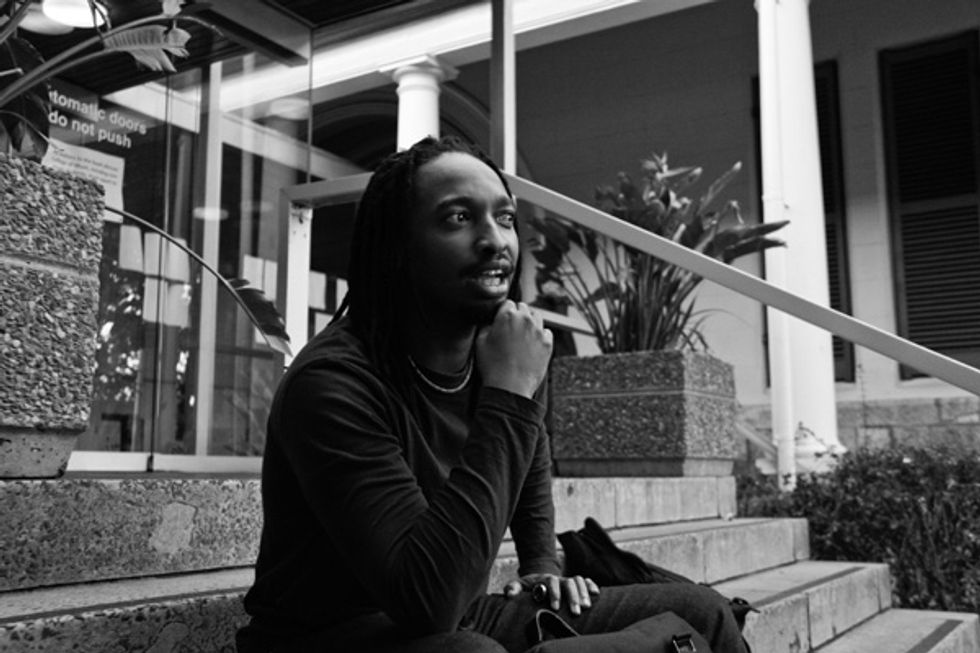 “Initially I wanted to play the saxophone,” says trumpeter and composer Lwanda Gogwana. The 20-something South African-born jazz artist had been playing the piano and singing in the school choir by the time he was eight but he was still eager to explore other musical frontiers. His mind settled on the saxophone “but the school only had one saxophone” so he picked up a trumpet instead.

15 years after such a serendipitous start the trumpeter has netted an impressive three nominations from the MTN South African Music Awards (SAMA) –Newcomer of the Year, Male Artist of the Year, and Best Jazz Album - for his debut, Lwanda Gogwana Songbook: Chapter 1 (Lwanda Gogwana Music Group). The album features eleven original compositions Gogwana wrote at different stages of his youth; cataloguing his growth as a musician with nods to jazz-giants such as Hugh Masekela, Feya Faku, Miles Davis, and Moses Molelekwa.

Billed as a journey of self-discovery, “trying to discover and understand myself as a descendent of amaXhosa in the context of this modern world”, Chapter 1 fuses contemporary jazz harmonies with sounds from his Xhosa roots in the Eastern Cape. “I have a desire to deeply understand Xhosa music” he said. “This may be why you here some traces here and there…I’m basically on that journey, it may be long, or just a phase or even my calling, time will tell." Below stream "The Calling," listen to a recap of the album above.