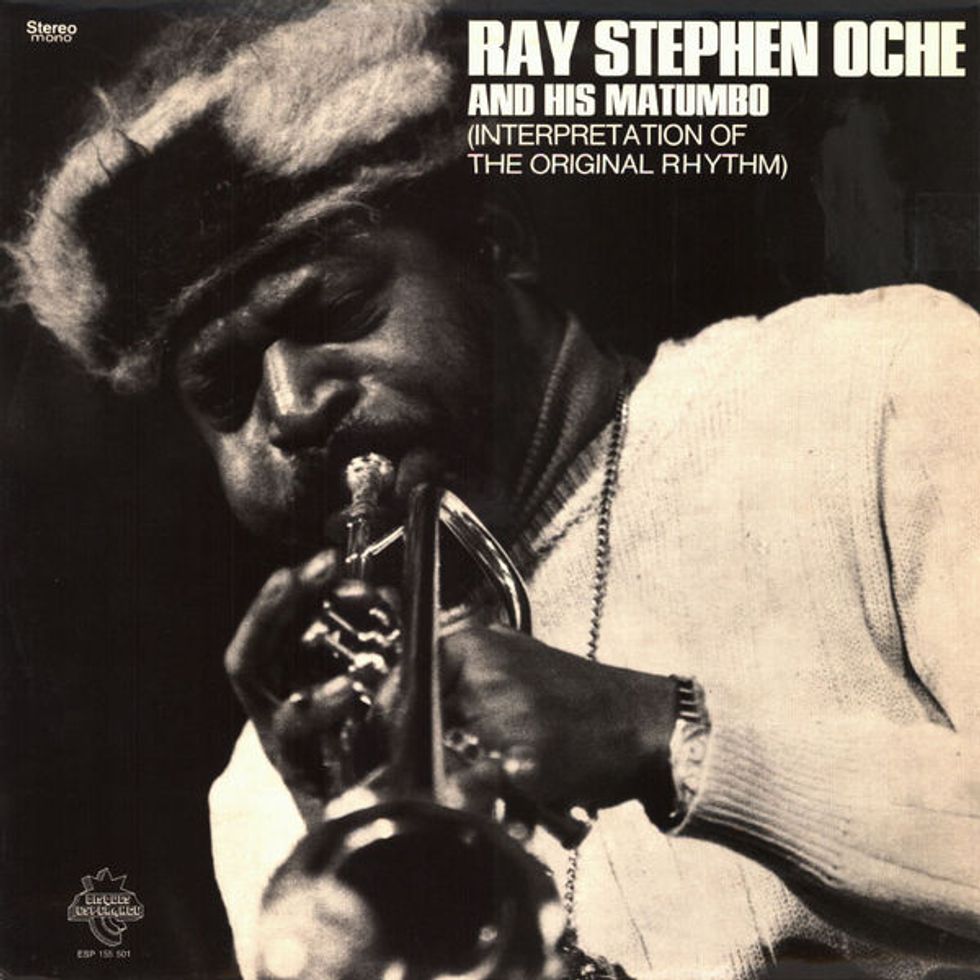 Nigerian trumpeter/singer/percussionist Ray Stephen Oche spent a large part of the 1950s in Ghana. While living there he linked up with Afro-jazz pioneer Guy Warren, "who is supposed to have delivered him the secret of the authentic african rhythm." Along with His Matumbo, a group of musicians from Congo, Togo, Guinea, Gambia and Brazil, Oche recorded the afro-jazz and funk gem LP Interpretation of the Original Rhythm. The album was originally only released in France, but it's now being reissued globally by the folk at Favorite Recordings. Stream album cut "Odeiyolaoo" below and grab the LP now.