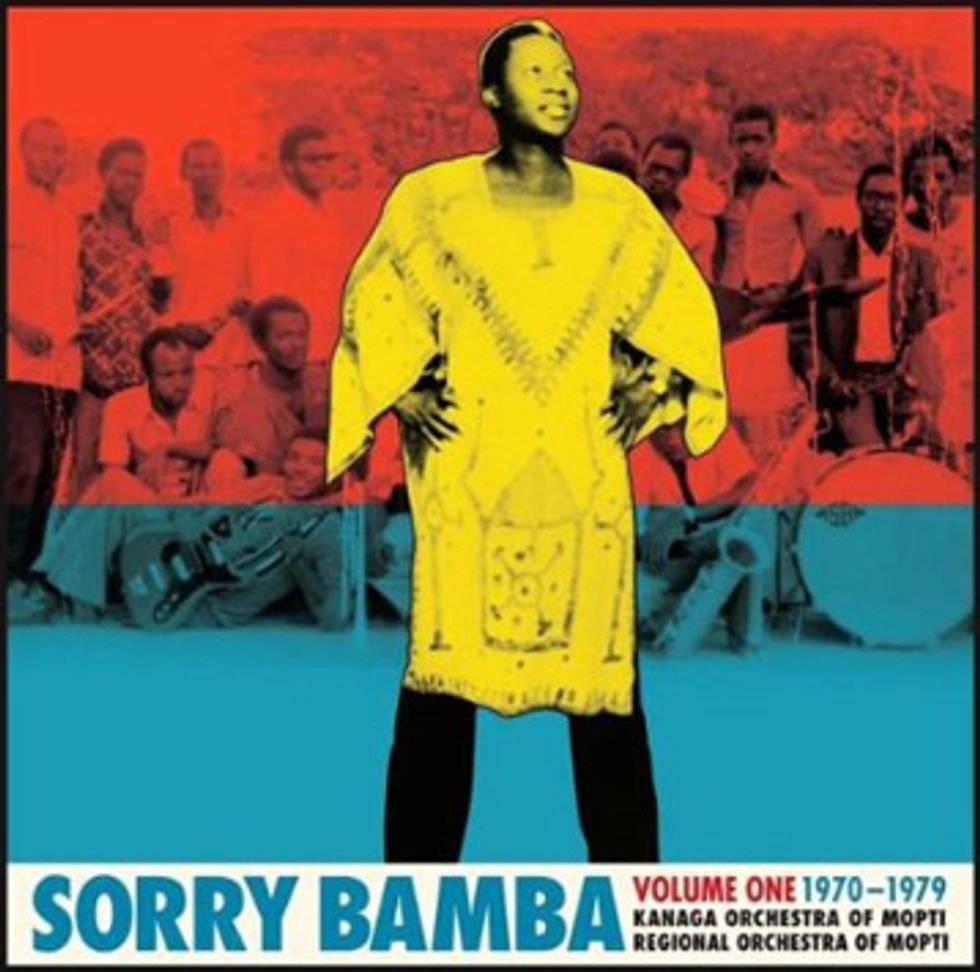 The saga of Sorry Bamba is a testament to the notion that great tragedy produces great art.  Born to a nobleman and and a veteran of the Emperor Samory Touré's army, Sorry was forbidden to pursue music in accordance with Mali’s rigid caste system.  But when he was orphaned at a very young age, Bamba took solace in music and by the age of 19 he had started his first band. A champion of Malian music, Sorry Bamba was a central figure in developing Mali’s post-colonial cultural identity. Now, over half a century after he began his musical journey, one of Mali’s premiere musicians is set to release a compilation of his greatest hits on Thrill Jockey Records.

Volume One 1970-1979 collects 10 songs from the height of Sorry Bamba’s career. A comforting mélange of blues, rock, and traditional Malian music, Sorry Bamba and his Kanaga Orchestra are prodigious ambassadors of Malian popular music. The compilation was put together by Alex Minoff and Ian Eagleson of the cross-continental afro-rock group Extra Golden. Minoff and Eagleson continue to show their appreciation for African music by working closely with Bamba to remaster many of his classic songs and bringing a few unreleased tracks to light.