Audio: The Brother Moves On 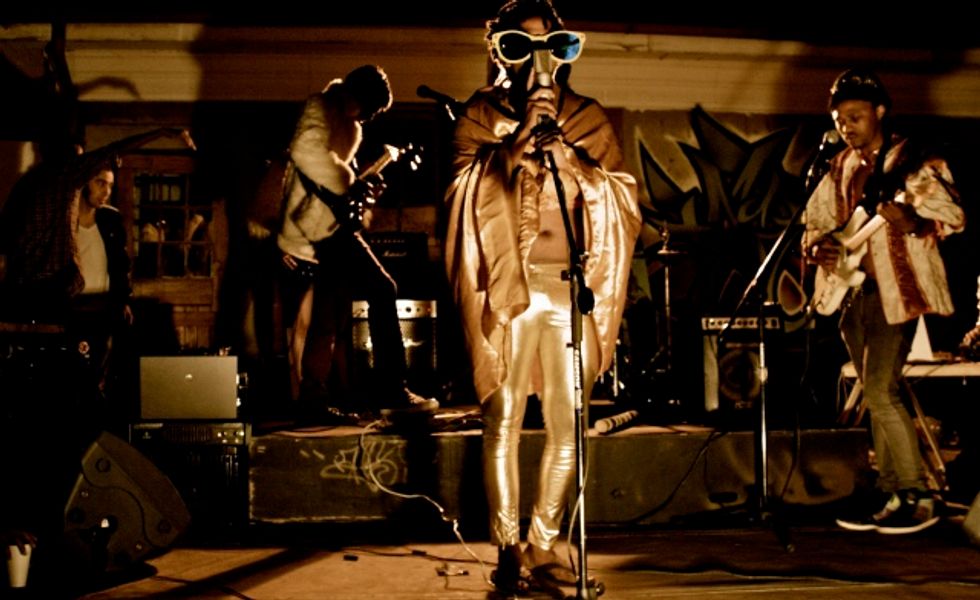 “This is where he died” says Siyabonga Mthembu, lead vocalist of the South African funk-rock collective The Brother Moves On. The performance-art group made a quick stopover in Cape Town to promote their debut EP The Golden Wake.  And on this particular night, their first outing, it’s a decidedly sombre affair. “He didn’t mean to die,” Mthembu says, “nobody means to die. You just do”.

The departed is Mr Gold waseGoli; an Everyman from the hinterland of South Africa who travels to Johannesburg in search of ‘gold’.  The Brother’s six-track concept EP is an elegy for the deceased; speaking to both his ancestors and descendants.

Likewise, the genre-bending sound of the collective is as much about looking to the past – with nods to Busi Mhlongo, Phuzekhemisi, and Philip Tabane – as it is about making new discoveries. “We have a difficulty describing what our music is,” Siyabonga says before rattling of a list of experimental urban black bands emerging on the Jo’burg music scene: The Fridge, Meat the Veggies, Planet Lindela, Future History and others.  “It’s South African” guitarist Zelizwe Mthembu says, summing up the debate.

Whichever coat fits, underlying the artistic enterprise of The Brother Moves On is, as Siyabonga says, a search “for an alternate relationship to being South African, to being black, to being from this space and time”.

The evening ends with a performance of the EP’s last song "Wenu Wetla" Stretching well over ten minutes, the song is a prayer; “it’s saying I’m lost in a sea of languages and I don’t understand shit anymore. And how many of us really feel like that?”

You can download the Golden Wake EP for free here.