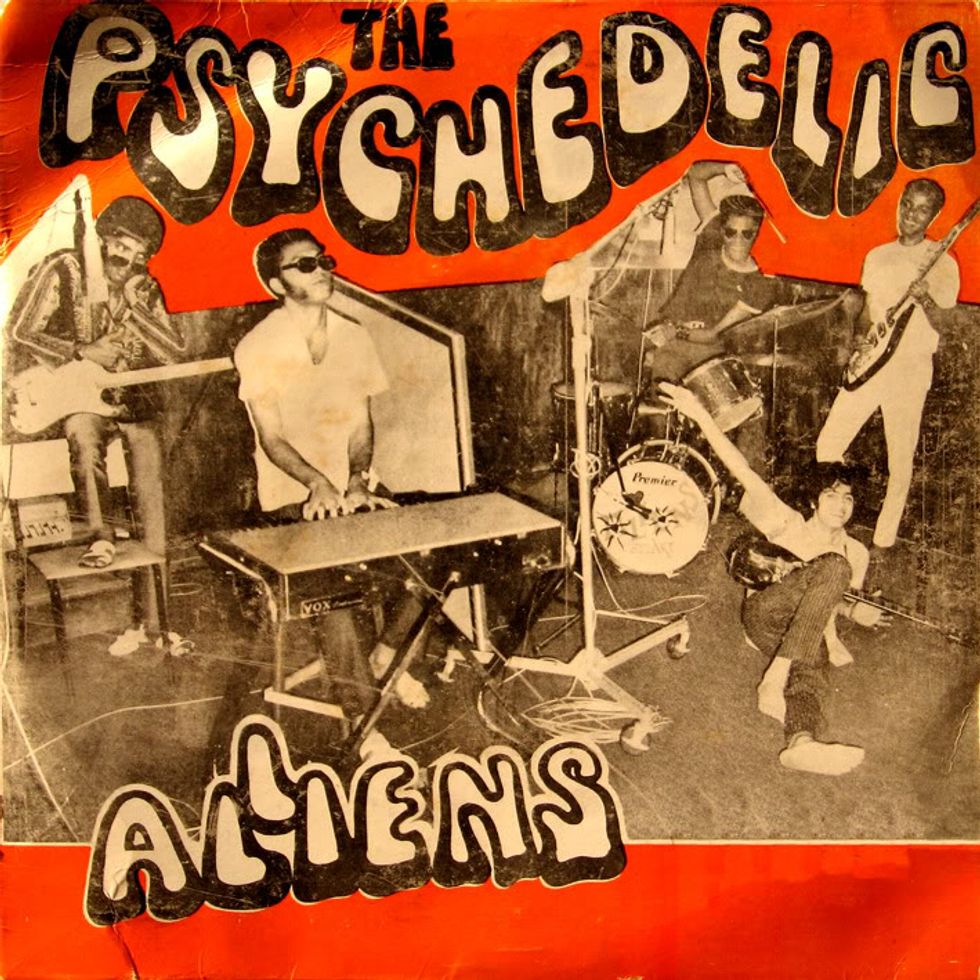 The Psychedelic Aliens were the first of a handful of young Ghanaian afrofunk bands to record in the 1960s, soon becoming one the hottest names in the Accra music scene. The band, also called The Magic Aliens, only recorded eight songs. The Aliens' bio accurately describes their influences as “Soul, garage rock, funk and psych that was built on African rhythms and melodies.” I’ll drink that funk all day, and you can too when their eight tracks are released on October 26th by Academy LPS. Check out a track called Gbe Keke Wo Taoc below.