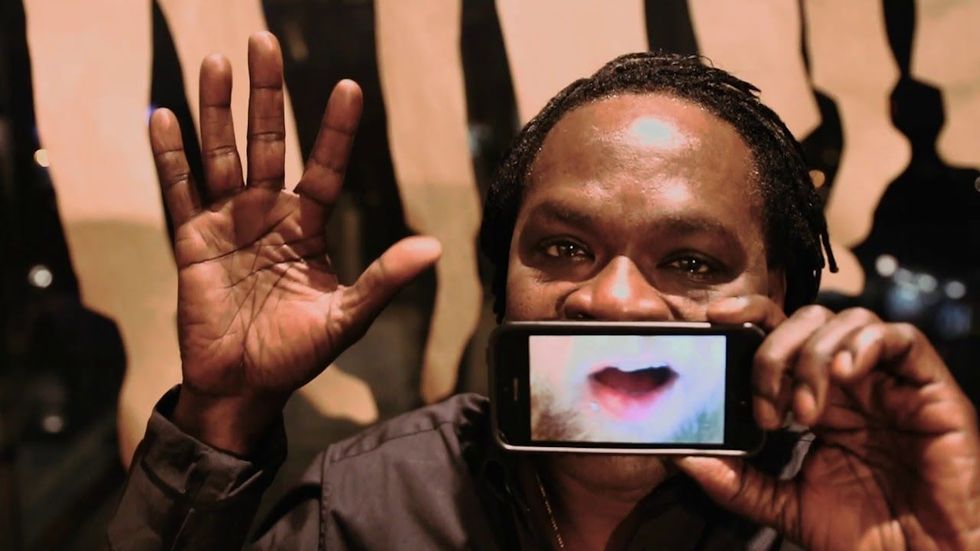 The new clip is a montage of different people singing along to the song, all while holding an iPhone video of lips over their mouths.

According to the video’s director Johan Karlberg, the idea started as a joke, as he, Maal and Seye were fooling around a few years ago.

“It was just us having a laugh, messing around in studio,” says Karlberg. “So when we started to talk about doing a video for ‘Lampenda,’ I suggested we did that a bit more properly, and just film a bunch of people we hang out with for the next month.”

The director filmed Maal’s mouth singing the song and had the clip on his phone wherever he went. “Our friend Dave East also had it on his phone, and we both filmed a bunch of people that way,” says Karlberg.

You’ll spot the likes of Brittany Howard of Alabama Shakes and Sam Smith, among other musicians, holding iPhone lips against their mouths while singing along to “Lampenda.” It's both innovative and uplifting—and you shouldn't miss out on it.

The single appears on the special new edition of Baaba Maal’s latest album The Traveller, which will feature four new songs.

Watch the video above and stream or buy The Traveller (Special Edition)here.

For more, revisit Baaba Maal's list of 10 things he loves about Senegal.