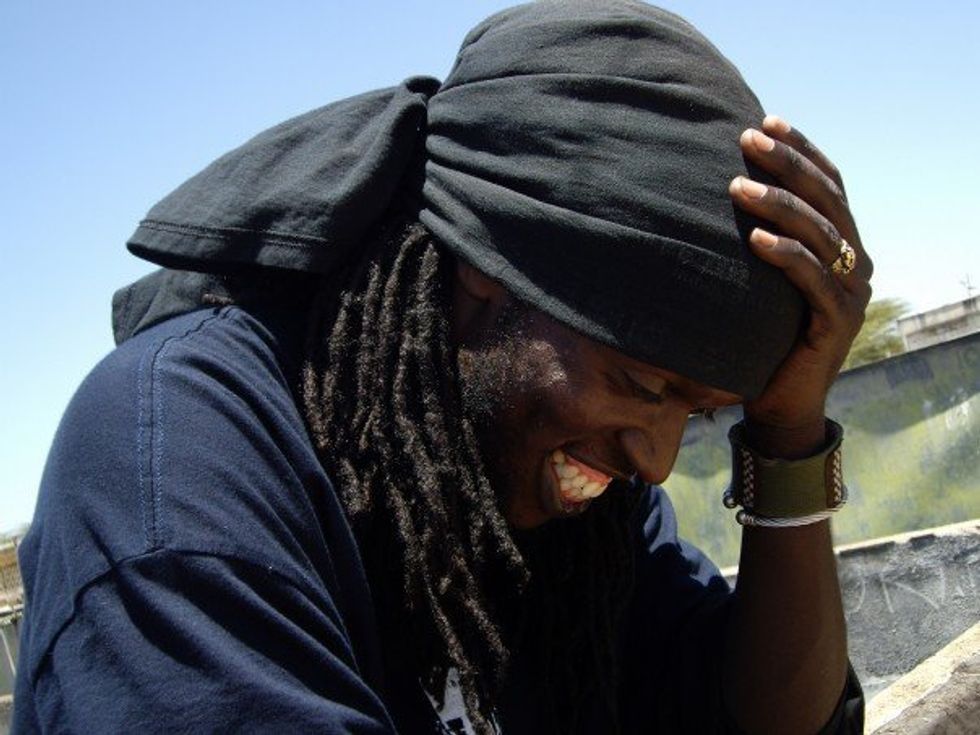 Luga Flow legend Babaluku is one of the most visible and respected artists making an impact on Kampala's expansive hip-hop scene. As a pioneer within Uganda's hip-hop realm, he's one of the first emcees to make rapping in the native Luganda tongue popular rather than deferring to colonial English. One can easily learn more about Babaluku (formerly of the Bataka Squad) from the 2008 documentary Diamonds in the Rough: A Ugandan Hip-hop Revolution that covers his journey from his crew’s early days playing shows across Uganda to eventually rocking festivals in the U.S. with Michael Franti.

Currently Babaluku splits time between Kampala and Vancouver, BC, where director Juan Andres Hodgson shot the recent video for “Batulidewo.” Production-wise, the song knocks, and coupled with the at times, gruff and heady lyrics rapped in Luganda, "Batulidewo" has the feel of a radio single. When asked about the track itself, Babaluku told us, “The song is meant to be a confidence booster for the people who follow the music industry in Uganda... It’s about standing strong and not only being able to inspire but really design what the future of hip-hop in Uganda looks like.” He also expressed optimism that “Batulidewo” might see a proper release on a compilation called All Spiritual, which would drop on his own B Dynasty imprint before the end of the year. Given that he was working on a string of videos in Uganda during our time together, expect more material and visuals from Babaluku in the coming months. Until then, watch the "Batulidewo" video below.