The Artist is Present: Banky W is Getting Married—an Exclusive Interview 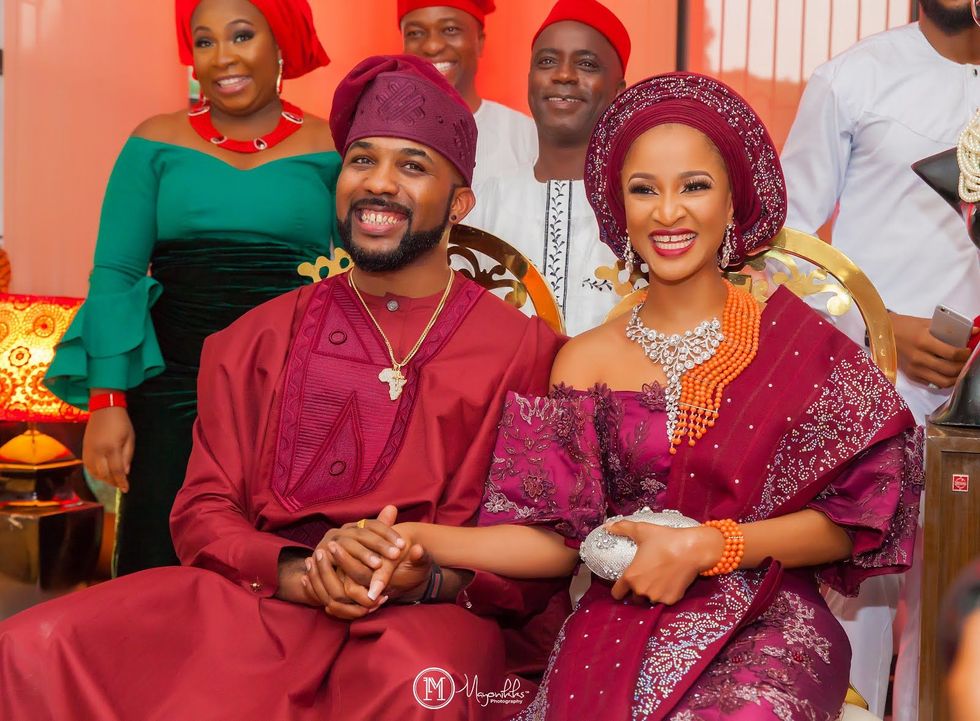 We talk to the original Afrobeats star on his marriage, his turn to acting and his new album “Songs About You.”

DIASPORA—In our new series, The Artist is Present, we revel in and get to know the minds behind Africa’s creative world in fashion, art, music prose and more. We dive below the surface with African artists to talk about their process and purpose.

Last week we were at the London edition of One Africa Festival hanging out backstage with some of Africa’s hottest artists. Below, we talk to the Afrobeats legend and host of One Africa Banky W about his upcoming wedding, his movie projects and how far he's come from "Ebutte Meta."

OkayAfrica: Congratulations on getting engaged and on your introduction ceremony.

Banky W: Thank you, thank you very much.

OKA: How do you feel after making this official?

OKA: What moved you to propose earlier this year?

Banky W: Because it felt like the right time.

OKA: Speaking of marriage let's talk "Wedding Party." You’re at the centre of that movie...

OKA: Really, that’s humble of you because when watching, it felt like more airtime was given to your character and storyline. What do you think?

Banky W: It was an ensemble cast, everybody had an important role to play.

OKA: Are you happy with how it’s been received?

Banky W: Oh yes of course, I have flirted with roles on TV like Jacob’s Cross and then some small cameos here and there but I had always wanted to enter the movie business with the right production in order to make the right first step. I think the Wedding Party was perfect.

OKA: Who approached you? Did Mo Abudu call you?

OKA: Wow, had she ever seen you act?

Banky W: You know, throughout my career, people I’ve worked with on music videos all knew I had wanted to get into movie making. I had some previous conversations with Kemi Adetiba years ago about doing a film. When they started casting for the Wedding Party she told Mo and the other partners that they should let me audition. And I think some of the other partners were like “oh she is just saying this because Banky is her friend” but she told them, “well you are going to see 20 people or so for the role so just add one more and let Banky also audition for the role?”

OKA: So, you had to audition just like everyone else despite your big-time name recognition.

Banky W: Yea I did, I did and it was important to me to do that. I only understand success from hard work. I have never had anything handed to me. I have to work for it, earn it and it makes me know also that you are serious about what you are doing if you're not just handing out roles. I read for the part and luckily I got it.

OKA: When did you catch the movie-making bug?

Banky W: I had already started kinda writing down ideas for things like scripts and things of that nature. I also went to film school so I was already plotting my entrance and figuring how I was going to do that. Whether this will actually open more doors, we’ll see. I have an end goal of wanting to write and direct my own production.

Banky W: Exactly. I am a storyteller.

OKA: Banky, you have to admit that you can't really escape the media circus that will be surrounding you. You’ve just come from being the main character in a romantic comedy to revealing your own wedding—which the media has been speculating on for years.

Banky W: (Laughing out loud) I may not be able to escape it but I'm going to try.

OKA: You play the role of Dozie who was getting married to Dunni (your real-life fiancee). You've talked about how you read the script and effectively took on the character, so if I was now talking to Dozie, your character from the movie—what’s something you think is really important in a marriage, and what’s something that’s not important at all?

Banky W: If you were talking to Dozie, I think Dozie will tell you he doesn't know that much about it. He’s going to do the best that he can and he will talk to his brother and father about it. So I'm going to tell you the same thing.

OKA: We hear it’s not just your wedding this year but also fans will get a new album from you?

Banky W: My new album is called “Songs About You” and then I will tour based on songs off that album.

OKA: Will there be any song dedicated to your future bride on this new album?

Banky W: Oh yes, of course, the title of the album is “Songs about you” so probably a majority of the songs are about my future bride. But there are other songs there about other situations and other past situations and exes and God and family.

OKA: Talking about family, your 2013 song “To My Unborn Child” has some lyrics that read:

Like you or one of your siblings, could maybe go to Harvard

I pray me and your Momma had true love

I pray that you find the one

And that you never let her go, don’t be like me son

Are you writing any more new songs for future kids?

Banky W: I didn't do any songs to my unborn kids on this album. It’s probably more of a romantic album than anything else. It’s more personal.

OKA: I want to end this chat by returning to the song that started it all— “Ebute-Metta.” Your location has definitely changed from“Ebute-Metta,” but do you feel your music style has changed too?

Banky W: I think as an artist you evolve throughout the years and are not doing the same thing over and over again. I think with evolution and trying to evolve you just try to retain your core and remain true to yourself and I hopefully think that's what I've tried to do. I like to see myself as someone who has evolved and grown but is still true to who he is.