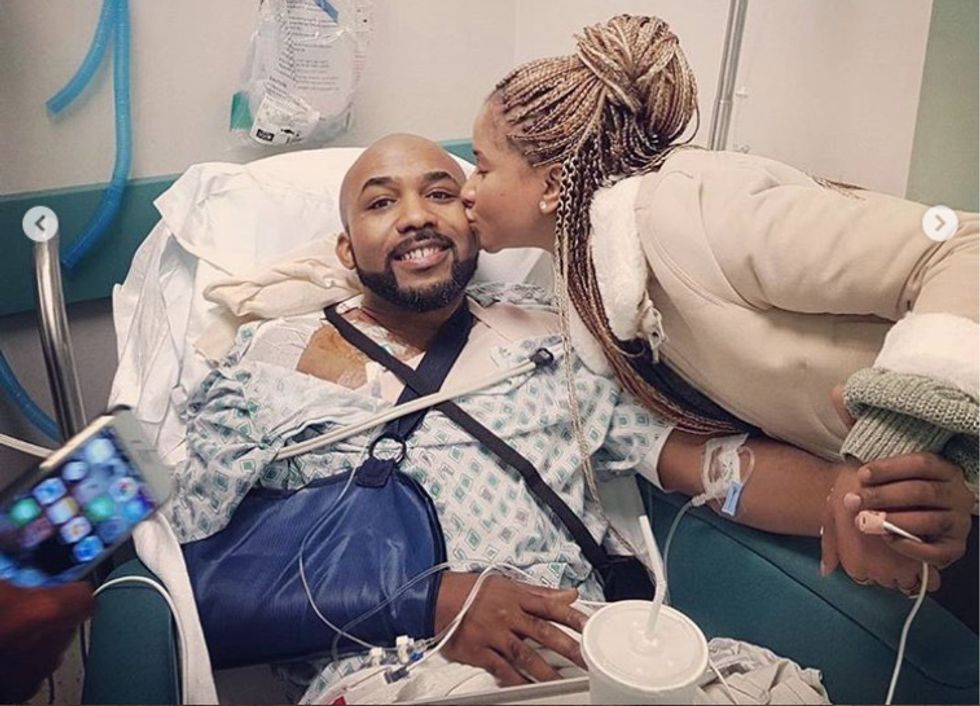 Banky W took to Instagram on Thursday to share details about his recovery and thank his supporters after beating a rare from of skin cancer.

Bank W is a survivor.

The young Nigerian musician and actor, opened up about his battle with a rare form of skin cancer that first appeared 10 years ago. Banky took to Instagram on Tuesday to share details about the skin surgery he underwent to remove a tumor from his shoulder, thank his fans, and give an update on his recovery.

"But this isn't a sad story as much as it is a reminder, and a testimony," he wrote in the caption. "A reminder that you should never take life for granted. You only get 1 shot. Some people went to sleep and never woke up. Many others have lost the battle to cancer and other illnesses. Many are still fighting. U never know when your time will be up so don't waste another minute.

We couldn't agree more, and we're thankful that star has lived to tell his story. Congrats to the musician on his recovery!