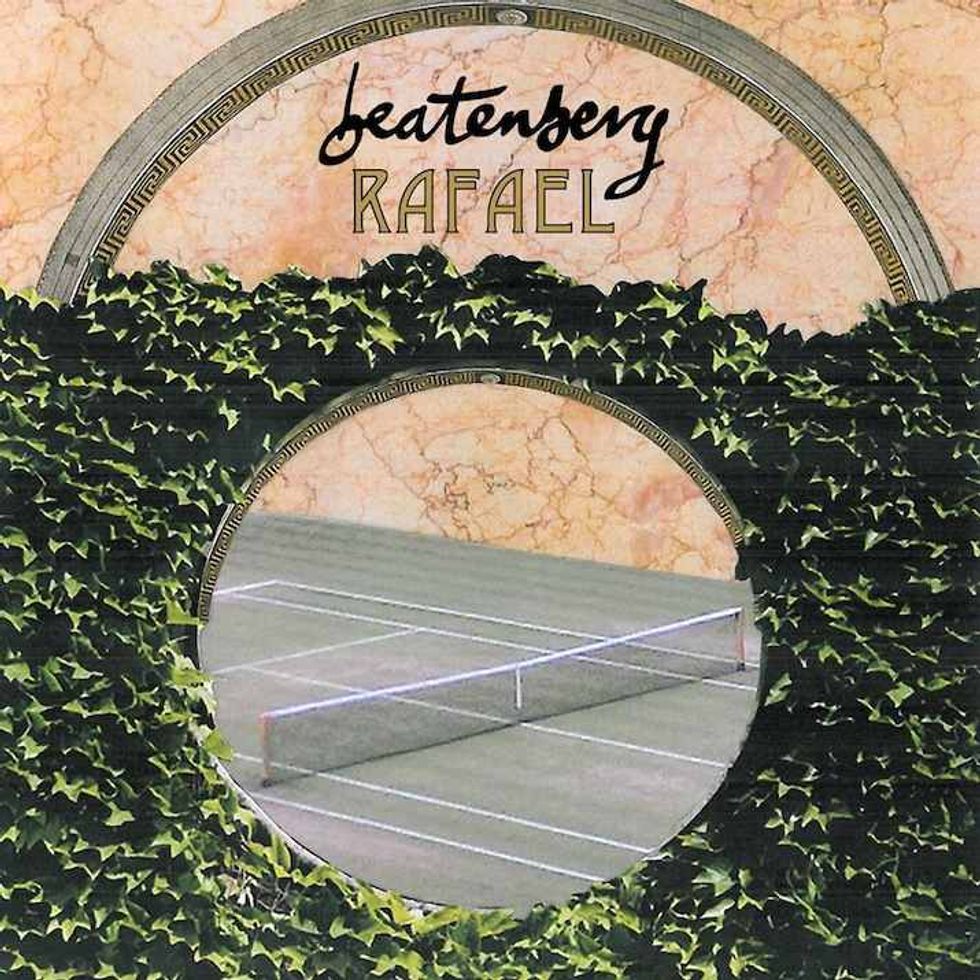 Since crashing onto South African radio with their breakthrough "Chelsea Blakemore," Cape Town's sunny day darlings Beatenberg are proceeding to have a storybook year. "Pluto (Remember You)," their beloved indie-house collab with East Rand heavyweight DJ Clock, snowballed into South Africa's number one single on national radio airplay for over 17 weeks. And not to mention we heard Black Coffee blast a "Pluto" remix at SummerStage in Central Park. As the guys gear up for the release of their new album The Hanging Gardens of Beatenberg they've let loose one more single off the record.  "Rafael" is a breezy, tennis-themed showcase of Beatenberg's airy flavor of Vampire Weekend indie pop. After making its radio debut earlier this month, the song quickly shot up to the #2 spot (and climbing) on South Africa's National Airplay Chart. We asked the band to shed some light on the new single:

"It was a bit of a toss-up between spelling the title with a 'ph' for Raphael the renaissance artist or an 'f' for Rafael Nadal the tennis player because both are invoked equally in the pun on 'stroke of genius'. Although we finally decided on Rafael, who seemed to be the more central character to the song, it's cool to see that fans are spelling the title as both Rafael and Raphael on Twitter - an elegant outsourced solution to the name dilemma! Look out for the official video coming very soon. And no, I'm sorry, Rafa himself is not in it, but you can see the band try their hand (feet) at some mad dance moves.

While we're waiting on an official video, Beatenberg shared a lyric video for the song featuring lead singer Matthew Field hitting the tennis court in CT. Listen to "Rafael" below, which you can purchase on iTunes ZA here. The Hanging Gardens of Beatenberg is due out later this year. For more from Beatenberg download their 47-minute Africa In Your Earbuds tape.