The Best African Memes of 2016 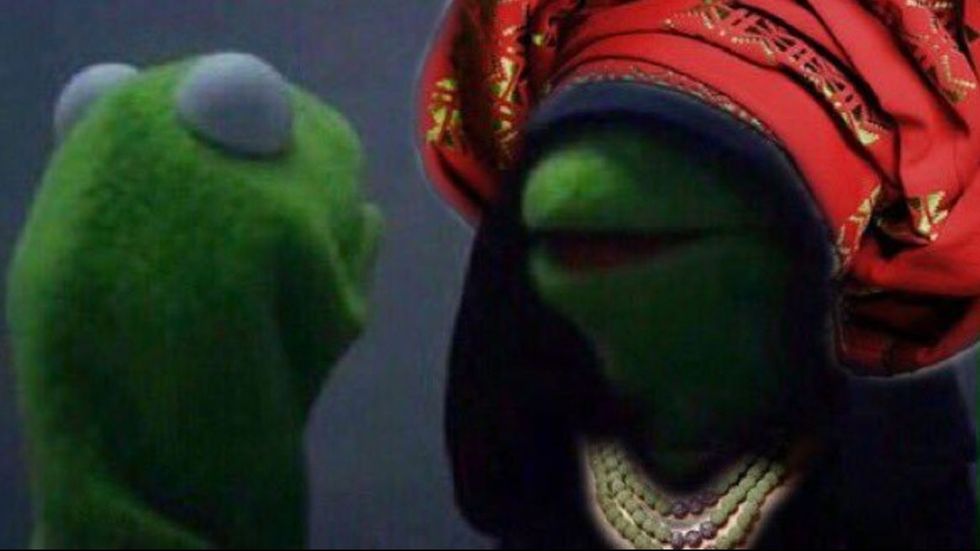 This was very difficult list to narrow down—but take a look at our favorite African memes of 2016 below.

Cameroon's #BidoungChallenge has left me in stitches. A govt minister greeted the president 'too respectfully', it's now a national meme. ?? pic.twitter.com/vybiqKaW2t

This hashtag became a thing when a photo capturing Pierre Ismael Bidoung Mpkatt, Cameroon's sports minister, did the absolute most when he greeted President Paul Biya went viral.

Put Some Respeck on Ghana Jollof:

Birdman never saw the end of it when he rolled through the Breakfast Club and demanded they put respeck on his name. Here's Dulo's hilarious take on the exchange.

Desiigner's 'Panda' by Your Nigerian Dad:

A perfect example of what African parents hear when they listen to Desiigner.

"Alright everyone, welcome to Afric-"

Probably one of the funniest hashtags on African Twitter, #IfAfricaWasASchool gave us a witty perspective on the complex dynamics of the continent.

This Clip That We Finally Found the Original Movie To:

Nollywood star Chinedu Ikedieze (aka Aki) performs an emotional scene in the film, Intelligent Students. The weeping with a machete in tow is all for his alcoholic father who stole the money he was saving up to take an exam with his brother (see the full scene here). But because of the internet, his weeping symbolizes so many other moments, including the one above.

When you speak English in the House:

I would argue that Edd3yo is one of the most underrated comedians on social media. This skit shows just that as he portrays the quintessential Ghanaian father so accurately.

A photo of a studious child from the Asempanaye village in Ghana broke the internet this year—but the virality (yes, I'm sure that's not a real word too) of the image shows us how much we get caught up in the laughs without looking at the big picture. The photo was taken by Carlos Cortes, a videographer and photographer who followed Chicago-based Ghanaian artist, Solomon Adufah, to Ghana last summer, where he mentored and taught art to the children of that village. Adufah seized the attention and began a campaign to raise funds to continue to do his good work, and to support their dreams of continuing school.

Nollywood will always continue to be wild with their take (and attempts) on African American culture. Igwe 2Pac resurfaced this year—and reassured us that he's alive and well in Akukuland. See the first part of the 2012 film here, and peep a remix of his 'snitching' song featuring his friend, Snoopy Dogg.

President-Elect Nana Akufo-Addo and the Elves:

This came to be after Nana Akufo-Addo defeated incumbent John Mahama in Ghana's elections. Just watch.

Evil Kermit as an African Aunty:

Aunty: Ahh this child is doing well. She has graduated and has a good job

Also Aunty: Ask her when is she getting married pic.twitter.com/Ci9fQPBTmA

Of course when pop culture icon, Kermit the Frog, goes viral, Africans put their own spin on it—featuring the nosey and pressure-building African aunty.

Closing out this list is a meme video you may have missed. This is probably one of the most underrated memes of the year and it is too funny (and needs to be longer! We're looking at you, Ebabykobby!)