The Best African Memes of 2017 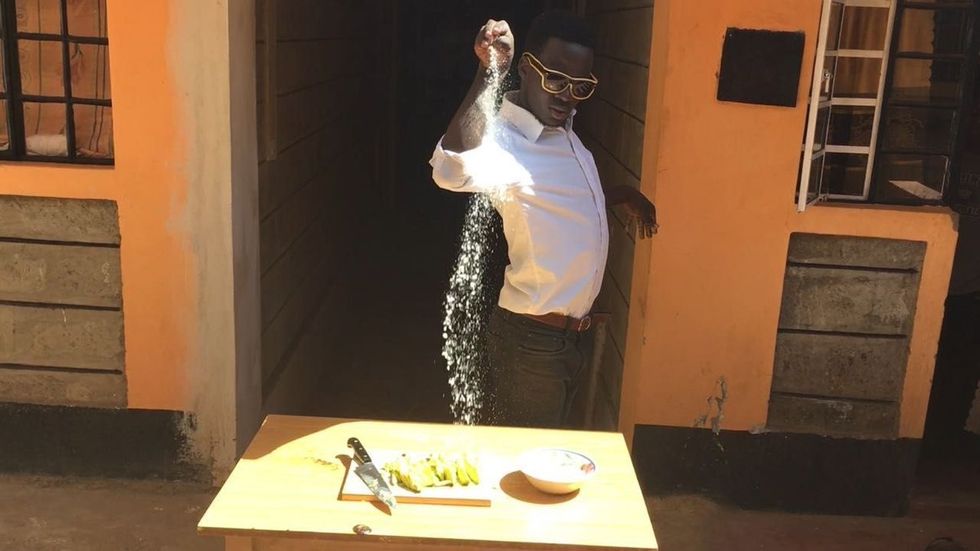 This was very difficult list to narrow down—but with the help of a few of our contributors, take a look at our favorite African memes of 2017 below.

Remember when the internet went wild over Turkish chef and restaurant owner, Nusret Gökçe, when he took thirst trapping to a whole other level with meat, salt and his killer knife skills? The parodies followed suit, including this one by Kenya's Seth Gorthat went viral in January.

Not only does he show off how he works an avocado, he made it known that he's Africa's own #SaltBae.

Whose Congolese mans is this?

This Congolese commercial went pretty viral mainly because of how uncreative it was.

Once Mugabe stepped down, the memes commenced.

After 30 years, Robert Mugabe was (kind of, sort of) forced to step down from power. The memes that came after had us in stitches, though.

The #UhuruChallenge was something else.

It is with immense pleasure that I commission the washing of these dishes. Sanitation & Hygiene are top agendas for… https://t.co/rGk7vKhdJk
— Elayne (@Elayne) 1483791427.0

Kenyans on Twitter continued to have no chill as they made fun of President Uhuru Kenyatta's extra enthusiasm for "launching" projects.

Drake was peak African uncle in this outfit.

Folks love them some pondu.

Pondu is cassava leaves and it's a well known Congolese dish. Some parts of the DRC call it "sombé," which is Swahili for cassava leaves. Congo Republic calls it "saka saka." Pondu to us is like jollof rice to Nigerians.

This Habesha mother is all of our African moms.

Watch 'til the end.

You can't have a meme list without Michael Dappah a.k.a. Big Shaq.

Michael Dapaah going viral with his character Big Shaq was the best thing on the internet in 2017. Full stop.

This was a mashup you didn't know you needed.

Speedy Darlington is not regular.

Speedy Darlington is a Nigerian artist with viral chops behind the phrase "BangDadaDang" with confidence for days.

This is hilariously true.

You can always count on vintage P-Square for a solid meme.