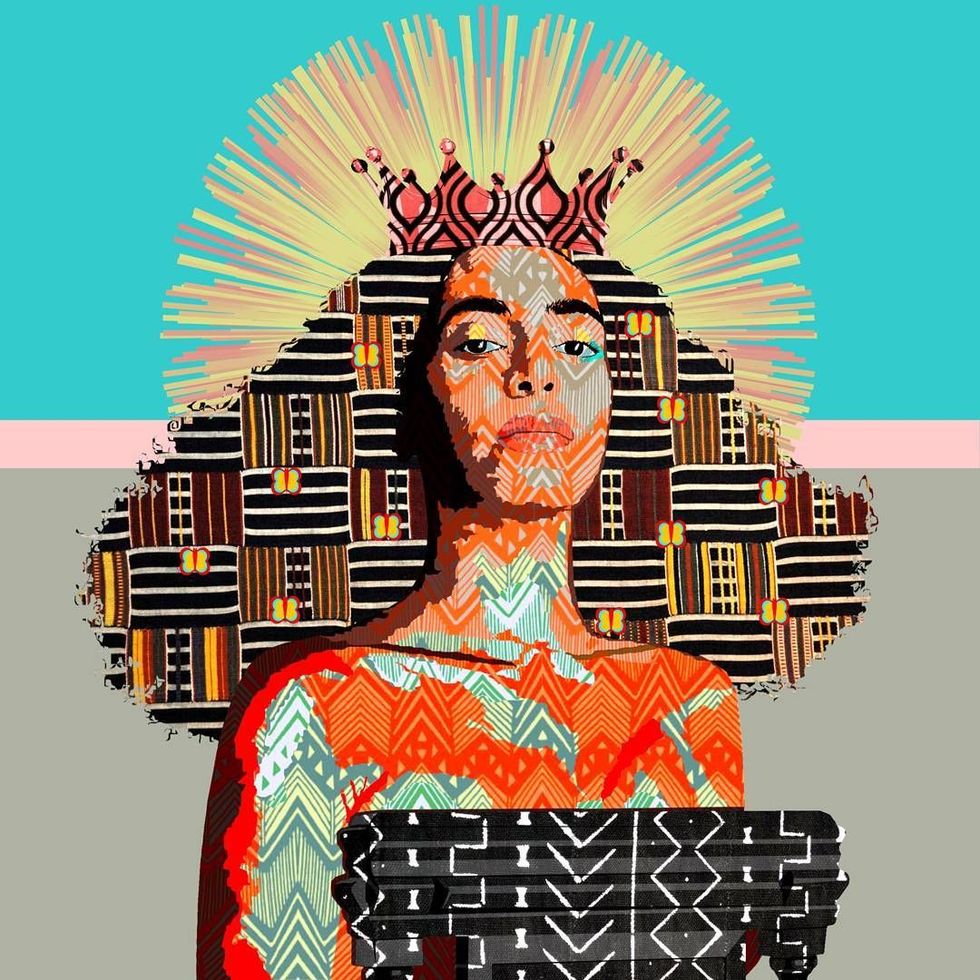 The songs we had on repeat this year, from Cameroonian bangers to hits from Solange, Wizkid, and Drake.

Do people still listen to albums? The jury's still out on that one. The strength of the single, however, isn't up for debate, particularly in the days of streaming services, Youtube hits and diminishing attention spans.

This year didn't see any lack of incredible tracks. Below we list the many songs that we had on repeat throughout the year, from lesser-known Cameroonian bangers and Sudanese-sampling beats to hits from Solange, Wizkid, and Drake.

Read on for our Best Songs of 2016, with commentary from our staff and contributors.

Earlier this year we called Nigerian singer Ayo Jay’s "Your Number" the official song of the New York summer.

Yeah, there’s a lot of issues with that statement—it wasn’t played nearly as widely as "Controlla" or shoved down throats like that Justin Timberlake mess—and it has the unfortunate baggage of being released last year through a Fetty Wap collabo. Not to mention its original release was back in 2013, three years before America was ready for the melange of Caribbean and African sounds that crowd the charts today.

But it was everywhere this year and it does something every song of summer is supposed to do—it distills “right now” into a sweet afrobeats/dancehall essence that is both catchy and confusing all at the same time. Thank god they took Fetty Wap off of it. —Aaron Leaf

Before the phrase “I’ve got the sauce” started showing up in every other rap song and Instagram caption, Reniss made a knocking record that showed how much of it she already possessed. Throughout her song, the singer plays with the double entendre and innuendos of the phrase ‘la sauce’ in Cameroonian culture.

London-based Nigerian producer Maleek Berry found the perfect formula with "Kontrol," the lead single from his debut EP Last Daze of Summer, and easily its most successful song.

This is where Berry’s more dominant sensibilities—simple and catchy hooks, thumping instrumentals, and efficient lyrics—having honed many hits for the likes of Wizkid, Wande Coal and others, are on full display. It’s about booty shaking and not to be deconstructed any further. —Sabo Kpade

It'd be impossible to not include this one. Despite the haters and a mediocre album in Views, Drake still came through with the earworm of the year with "One Dance," which reportedly became the first song to reach 1 billion plays on Spotify last week.

Produced by Nineteen85, Noah “40” Shebib, and Wizkid, the track samples Filipino R&B singer Kyla‘s “Do You Mind”(from this UK funky remix) and (kind of) features Wizkid on the chorus—a lack of shine that many Nigerians were quick to blast on Twitter.

Despite the drama, “One Dance” stands up as catchy excursion into the ‘afrobeats' sounds Drake explored back when he remixed Wizkid’s “Ojuelegba” and the Caribbean textures of “Work.” —Kam Tambini

2016 was the year in which we found out that vintage Sudanese tapes can make some of the best hip-hop beats we've heard.

Khartoum-based producer Sufyvn caught our attention with his hypnotic productions in Pseudarhythm, Vol. 2. His tracks play like a hazy, mind-bending exploration of classic Sudanese soundscapes through a hip-hop lens. Thoughout the release, and in standout track "Fragment," Sufyvn chops up several traditional Sudanese folk melodies, masterfully laying them over kicks and snares to create some buttery beat work. —KT

Artists like Santi and Odunsi are creating a new wave of genre-bending Nigerian music that we can’t wait to hear more of. Santi calls this emerging group of musicians “New Africa,” and though it’s quite an ambitious title, from what we’ve heard so far, they seem to be living up to it. —DD

Black people collect microaggressions every day and it’s hard to turn a cheek at the minor things that can grow, fester and turn into bigger problems later on. For some of us, this can weigh heavy for years as we carry the effects of this trauma and pass it onto the next generation.

For others, there comes a time where the heaviness becomes unbearable, and we are motivated to gather around with our misery and unload. That’s what Solange's A Seat at the Table is about—making room in a special space for those who belong to talk about what really matters and begin to heal.  —Gina Cherelus (from A Seat at the Table is Balm for Black Suffering)

Two East African power forces, Kenyan group Sauti Sol and Tanzanian star Alikiba, link up for "Uncoditionally Bae," a dance floor track about how hard it is to find love in the modern world.

The East African connection makes for pop gold in this one and its music video—shot across Kenya’s North Coast of Mombasa at the English Point Marina—has racked-up millions of views, and still counting. —KT

Tekno had quite the year with the massive success of "Pana" and his win at the MTV Africa Music Awards for Best Breakthrough Act. The single sees the Nigerian artist condensing and refining the dance style he introduced with past hits like "Duro" and "Wash" into an ever-smooth afrobeats progression. "Pana" was, very likely, the main reason Tekno locked in a deal with Sony before the end of the year. —KT