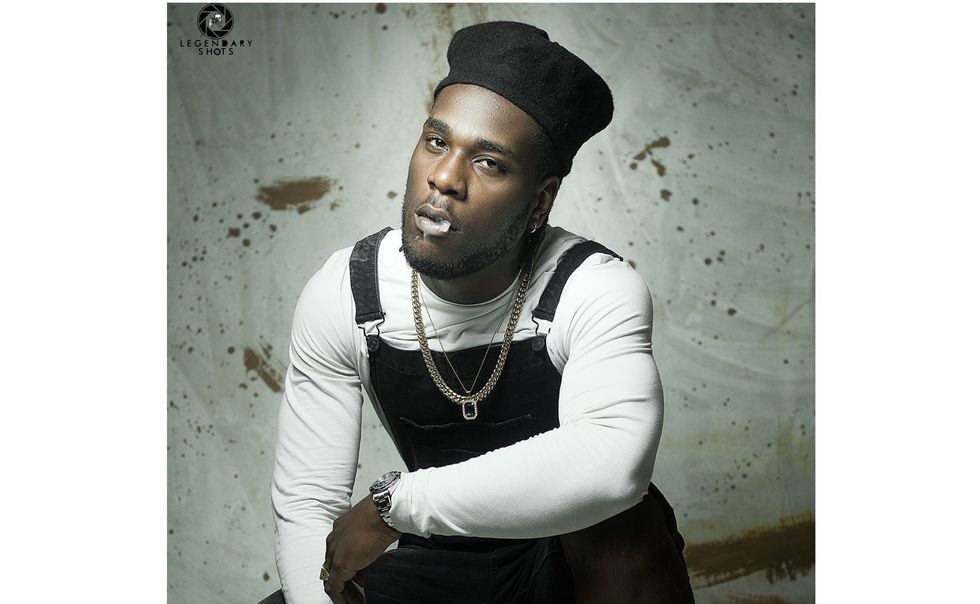 Follow OkayAfrica on Spotify and Apple Musicto get immediate updates every week and read about some of our selections ahead.

Burna Boy connected with British-Ghanaian producer Juls earlier this year for "Rock Your Body," a mellow dance single which now has a dark, steamy new music video you can check out above.

Juls, by the way, will be hosting a special showcase at OkaySpace in Brooklyn next week. RSVP here.

Ghanaian heavyweight Shatta Wale and Mr Eazi deliver the fiery video to their recent collaboration. The Sesan-directed clip follows the pair as they duck and, literally, roast their "Haters."

South African rapper YoungstaCPT doesn't sleep. Today he released two mixtapes at the same time, which puts him at 29 mixtapes in a space of less than five years. One is called How To Make It In South Africa, which is entirely produced by Loopsta, who produced the rapper's single “Takkies." The second is called Kaapstad's Revenge, and is entirely produced by J-Beatz, who produced his 2015 hit “Salutas." Both tapes include mostly trap production, which YoungstaCPT laces with solid flows, great storytelling and all that good stuff.

Oddisee "You Grew Up"

Sudanese-American rapper Oddisee takes a look at the root of racial issues through the story of two childhood friends who grew apart: one black, one white. "I've always attempted to see polarizing issues from both sides. If we tackle issues from the root, perhaps we as a people can be more effective in solving them. Giving context to how an officer would shoot an innocent person and showing how we're indoctrinated into our beliefs and biases could possibly inspire new methods to deal with them."

Sampa The Great "Rhymes To The East"

Zambian-born, Botswana-raised and now Australian-based rapper, poet and singer Sampa The Great landed on our radar with her solid 2015 debut mixtape, The Great. She now returns with the hypnotizing new single, "Rhymes To The East." Catch Sampa on her UK tour opening for Joey Bada$.

Lagos-based 13-piece band, Bantu, shares the first music video from their oustanding album, Agberos International. As the band states, the playful music video follows "a hair obsessed lady who unwittingly finds herself time traveling through several decades while trying to get her hair weave fixed." Check it out above.

A-Reece has been on a roll this year. His single “Meanwhile in Honeydew" is one of the most solid SA releases of the year. Yesterday, he dropped “?," another firestarter which is produced by his long-time producer Mash Beatz.

Cameroon's dancehall and R&B singer Ewube'squickly rising in the scene. Revisit her beachside romantic video for "Fall 4 U" above, which is newly available on iTunes alongside her hits "Choleh Me," "Trowey" featuring Rude Bwai, "Party All Nyte," and