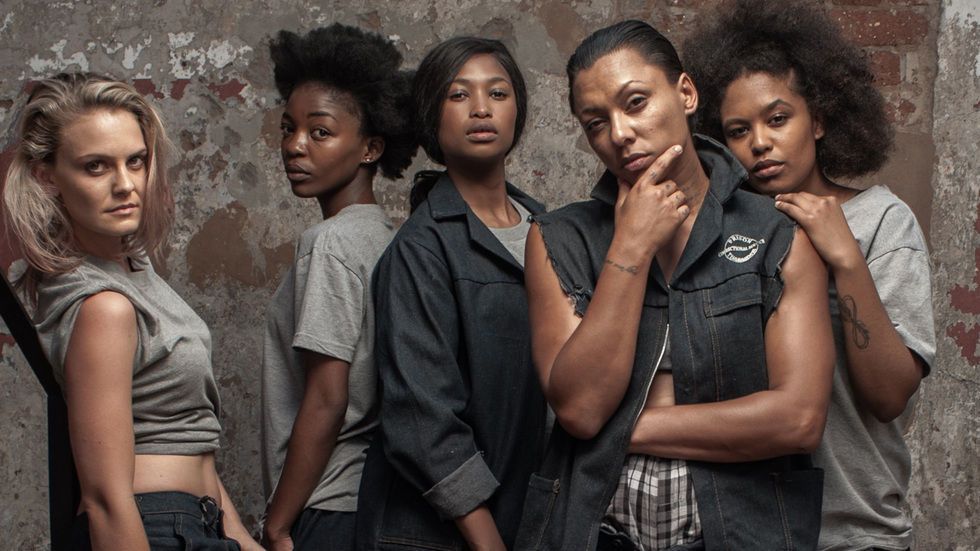 Growing up, my siblings and I knew that once we were done with clearing up the dishes after dinner, at eight o' clock, we'd have to be seated in front of the television in time for our beloved soap opera. Our show—to my mother's annoyance, but oddly to my father's delight—was "Generations." I knew that my schoolmates, friends, other family and literally every black child with a TV at home would be doing the same. We'd go on to discuss that night's episode the next day at school. This became a culture. We grew up with the characters in the show, and from this culture came a loyalty to all kinds of soap operas forever after.

And so trust me when I say that South Africans are going to lose their minds now that Showmax has made several addictive soap opera dramas available this July!

As with many South African soap operas (I'm not sure if that's a bad thing) the plot centres around a powerful and wealthy family (or two), their rivalry, hatred for one another and the lengths they will go to in order to outdo each other. The River centres on two families, the Dlaminis and the Mokoenas, from different walks of life, who become united as well as divided when a large diamond is found close to their area of residence. Trust me fam, it is so worth your while! And just to ease your anxiety, Showmax streams brand-new episodes every night - just 15 minutes after airing on 1Magic. Plus the first 110+ episodes are available to binge-watch.

Just when we thought we had to say goodbye to our beloved Karabo Moroka from Generations, she's back playing the character of Harriet Khoz in this fast-paced soap opera absolutely dripping with drama, betrayal, suspense and heartbreak. Once again centred around a powerful family, the Khozas, The Queen sees Harriet's husband Mzi discovering that she has horrific skeletons in her closet. In an effort to prevent him from exposing her, she … sorry, you'll have to find out for yourselves! But trust me, the way the plot unravels is literally to die for. Seasons 1 and 2 are available for your bingeing pleasure.

For once, a soap opera not centred around a family, this plot follows the lives of two young individuals from the rural parts of South Africa who travel to the City of Gold but soon discover the age-old wisdom that says that all that glitters is not gold. It's a story that mirrors the reality that many young South Africans have faced (and still do), the trials they are met with, the things they gain along the way, the desperation, the wolves ready to swallow them up and the proverbial light at the end of the tunnel. If you're looking for a heartfelt soap opera, look no further.

Unsurprisingly, this soap opera is about a longstanding feud between two powerful families. This one began a century ago over the division of a valley and too few resources, and now continues in modern-day Johannesburg, set against the backdrop of the cutthroat South African taxi industry. At the centre of the story, however, are two young people, one from each family, whose romance is, of course, forbidden. Will their love prosper and prevail or will greed, hatred and money prove the order of the day? Catch all the suspense and treachery of the first four seasons of this soap opera on Showmax.

By far my favourite soap opera starring one of my favourite black women, Mmabatho Montsho, and the very first prison drama on South African screens. Forget Prison Break, this here soap opera drama is the one, fam! You'll develop a healthy dislike for one of the prison guards and of course various feelings of affection for the imprisoned women fighting every day for their survival. Can you imagine a stabbing with a plastic spoon? Neither could I! You simply cannot miss this one, even if you watch nothing else. Season 3 is currently airing on DStv - catch up on the first two seasons on Showmax.

Watch all these soapies on Showmax. Sign up for a 14-day free trial or add to your DStv Compact bill for R49. Showmax is free for DStv Premium subscribers.