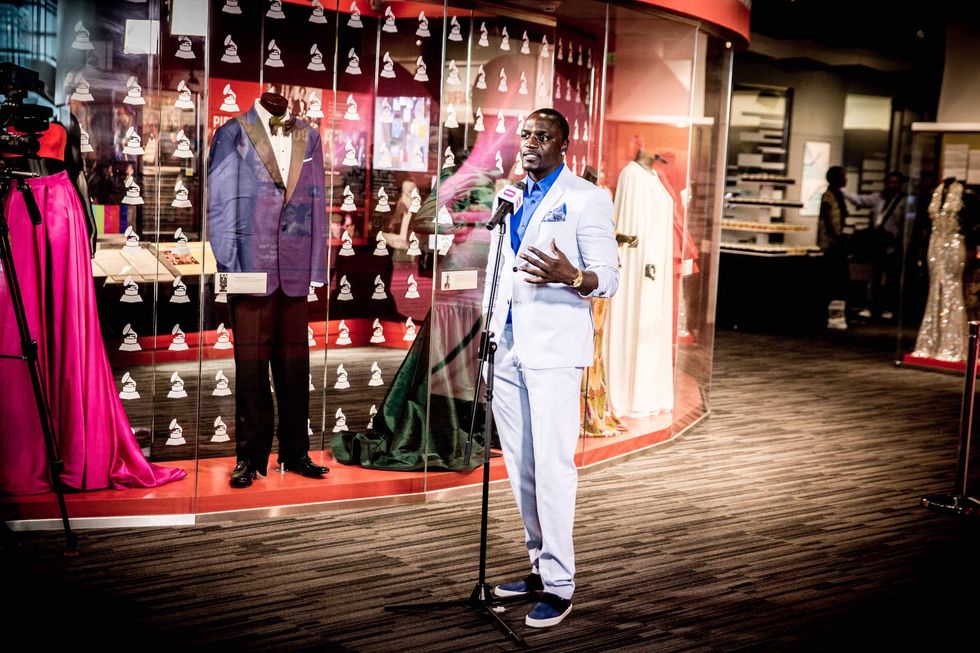 Although BET Gave Akon an award for his humanitarian work, it still doesn’t make up for not televising the Best International Act category.

Amid criticism from many international artists, BET once again relegated the presentation of the Best International Act category to web-only. However, the network attempted to make up for this with a slew of pre-award show events and an exhibition celebrating African music's legacy and this year's hottest artists.

Introduced during the 2010 BET Awards at The Shrine Auditorium, the network decided to highlight the best in global-based urban music through its Best International Act category. Since then, winners of the category have ranged from UK grime act Dizzee Rascal to Nigeria’s 2face Idibia and even recent Drake collaborator—Wizkid.

Similar to the pre-award ceremonies for The Grammys highlighting everything from Best Improvised Jazz Solo Album to Best Gospel Album, the Best International Act category took a backseat to Video of the Year and Best New Artist. However, many stars were angry as the award never received airtime. Some protested by hitting social media and declining outright to not attend the event.

This year, BET attempted to make up for the lack of coverage in clever ways including getting The Grammy Museum at the Downtown Los Angeles located L.A. Live involved. The end result is the Sounds of Africa exhibit which premiered Friday night. Set to run through fall 2016, everything from handwritten lyrics, instruments and costumes are featured. Representing various aspects of African music, Ice Prince, Laolu Senbanjo, Sir Victor Uwaifo and even Grammy winner Angelique Kidjo, among others, sit on the third floor across from the museum's Michael Jackson exhibit.

Speaking with those in attendance, Grammy Museum Curator Nwaka Onwusa says talks regarding plans for “Sounds of Africa” began around a year ago. “The conversation changed last year when me and Ava Hall [BET International Programming and Brand Advancement Vice President] had a conversation about the previous exhibit they did on winners of the Lifetime Achievement Award,” she says. “I thought, let’s try to have an international spin on it.”

Since The Grammy Museum at L.A. Live’s opening in 2008, Sounds of Africa is the first exhibit that celebrates African musicians, according to Onwusa. Hall seemed to ignore the controversy regarding the Best International Act category by calling the moment a “labor of love.”

“We’ve been highlighting International Artists during the BET Awards for the last six years and each year, we try to do it bigger and better,” Hall says. “This really takes it to the top for us partnering with the Grammy Museum.”

AKA, Cassper Nyovest, Diamond Platnumz, MzVee, Côte d’Ivoire’s Serge Beynaud, Wizkid and Yemi Alade were all nominated for the award, though Black Coffee took home the honors during the ceremony that took place Saturday night at The Microsoft Center—wedged between the larger Staples Center and smaller Novo Theatre. The event was hosted by model and actress Eva Pigford and “Classic Man” himself—Jidenna.

BET International also elevated past the music and looked deeper into artists who are truly looking to make a global impact through its Global Good Award. The first recipient of the accolade giving notice to artists’ humanitarian efforts was non other than Akon.

“Being raised in Africa, my dream was always to go back and allow those outlets to be distributed,” Akon explains to the audience. “I wanted those dreams to materialize into reality. The main focus that stopped us from developing was electricity.”

Besides hoping to make a change within Africa, he wanted to leave this earth with a long lasting influence.

“When that day comes when you’re asked what you did on this earth, you want something valid to say,” Akon says, before encouraging those in attendance to invest more in Africa. “You don’t want to be in a position where you gotta think about what you owned or thought you did for someone. No, it has to be about what you did that impacted millions. You’ll be surprised what most of you can impact with a simple thought.”

Speaking exclusively with Okayafrica, he hoped bringing green electricity would be the start in building more infrastructure.

“A full eco system,” Akon says. “With electricity, you have a better agriculture system and education system. That can lead to high rises and cars running back and forth. The economy can’t move without electricity and now we can advance a lot quicker.”

In Akon’s world, he’s grateful for the award presented by BET International, but more proud of the long lasting effect. “The award symbolizes things change and what we can do once we put our minds to it.”